A Focus on Faculty Excellence

The Dalton Eminent Scholars Fund was originally established in the late 1980s and early 1990s as a way to honor United States District Judge Ted Dalton and former Governor of Virginia John Dalton. Through a grassroots fundraising campaign, more than $700,000 was raised for the endowment, which now has funds totaling nearly $2 million.

The awards provide faculty members opportunities to go above and beyond in their chosen academic fields and to recruit and retain the best faculty.
“Radford University is dedicated to supporting faculty research, and the Dalton Eminent Scholar Awards are a way for us to further foster their endeavors,” said Interim Provost and Vice President for Academic Affairs Kenna Colley, Ed.D. “Each winner is highly deserving of the award, and we are excited to see the results of the research and how that knowledge and experience is brought back into the classroom.”

The five winners are: 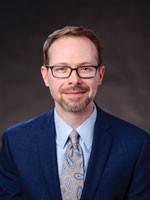 “It is such an honor for my work to be recognized, especially when you see how many incredibly talented individuals were nominated,” Cohn said. “Research is a social activity for me, and so receiving this award is acknowledgment of the fun and also challenging work that I’ve been able to accomplish in collaboration with my students, my colleagues and my friends.” 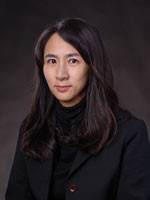 “It means a lot to me,” Lee said. “Once again, I have been reminded that Radford University strongly supports faculty research, which motivates me to work harder.” 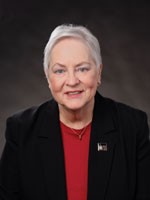 “It is an honor to have been nominated by my colleagues for the Dalton Eminent Scholar Awards,” Roybark said. “I am humbled to receive this award and appreciate this recognition. My research relates directly to what I teach, so I believe my research has and will continue to make me a
better teacher.” 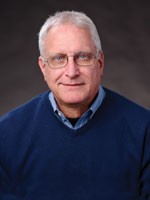 Skip Watts, M.S. ’77, Ph.D., professor of geology, Artis College of Science and Technology
In recent years, unmanned aerial systems, also known as drones, have become an important tool for analyzing geohazards. With the expertise of Professor of Geology Skip Watts, Radford University is leading the region in these investigations.

Watts said, “I am delighted to have used that money to support other faculty and students when they traveled to Patagonia in South America to work on climate change studies monitoring melting glaciers in the Andes Mountains using Radford University drones. I’m working with Professors Ryan Sincavage and Beth McClellan, who led the group of students there over the winter break to use our drones to detect and document changes in glacial volumes. I supervised drone flights and image processing, while communicating with them via satellite links.” 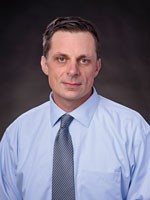 Jeremy Wojdak, Ph.D., professor of biology, Artis College of Science and Technology
Wojdak currently has five grant-funded research projects currently, including three that help faculty teach quantitative skills to science students. He also collaborates with colleagues in biology, chemistry and physics to improve student outcomes in the natural sciences through the REALISE (Realising Inclusive Science Excellence) program. His disciplinary research involves studying the interactions among predators and prey in freshwater habitats and the consequences of changes to biodiversity for how those ecosystems function.

“There are so many talented faculty members at Radford,” Wojdak said. “To be recognized in this manner and alongside four really impressive colleagues is quite an honor and certainly a surprising one."