From Davis College to Wall Street 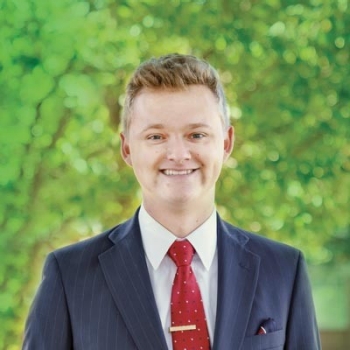 Robert Blankenship fell in love with trading stocks when he was a sophomore in high school. “I’m pretty much self-taught,” he said, but he came to Radford University to learn more.

The Davis College of Business and Economics trading room, a finance student’s paradise, is where Robert discovered the Student Managed Investment Portfolio Organization, or SMIPO. It is a select group of talented, finance-savvy students, who manage nearly $2 million for the Radford University Foundation, Inc. Robert is the organization’s vice president of investments and portfolio manager.

“He has an interest in investing in stocks, and I could see it right away when I met him,” said Abhay Kaushik, Ph.D., an associate professor of finance and Robert’s mentor.

Kaushik met Robert three years ago when Robert was a freshman. “He came to me asking about options and finding undervalued stocks,” Kaushik recalled. “That’s very uncommon among freshman students.”

Just months after arriving on campus in August 2016, Robert joined SMIPO. By the time calendars flipped to December, he ran for vice president of finance and won the position, making him the youngest executive member in the organization’s history.

Robert has always had a strong work ethic and enjoys the effort. “That’s why I do it,” he said.

As a finance and marketing double major, Robert now serves as SMIPO’s portfolio manager, where he oversees the organization’s transactions and runs reports to present to the Radford University Foundation, Inc.

“He has such great enthusiasm, and he is so friendly,” Kaushik said. “We need people like Robert in SMIPO. People enjoy listening to him and being around him. He gets things moving forward quickly.”

In addition to his SMIPO executive position, Robert is a leader in the Makers community, treasurer of Phi Sigma Kappa and a student representative on the Davis College of Business and Economics Advisory Board.

Experiences and opportunities are one reason Robert chose Radford University out of all the other schools he considered.

Robert reflected, “I came to Radford because I wanted to learn more, and I’ve learned so much more than I ever imagined. Radford is the perfect place for me.”