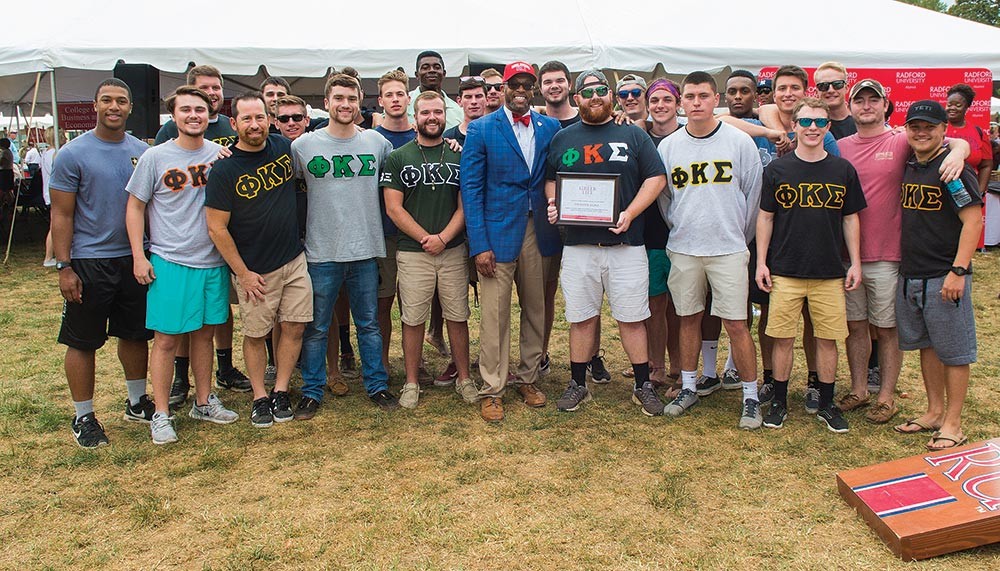 Sixty-three current and alumni brothers of Phi Kappa Sigma rallied together to raise more than $4,000. The current chapter of brothers was unanimous in their support as they achieved 100 percent-giving.

Taylor Bell ’18, chapter president, said, “We put a lot of pressure on ourselves to make sure our chapter continues to be seen in a positive light. This was an opportunity for us to leave our footprint at Radford University.”

Bell continued, “Fraternity alumni, like Mike DeFilippo ’90, put a lot of pressure on us to make sure we are always looking for ways to give back. It was definitely a group effort.”

This year’s challenge had a new twist, as it was the first to feature Radford University’s new crowdfunding platform, The Hive. The platform allowed Greek leaders to send personalized updates on the competition to donors and potential donors, while users could see the leaderboard update in real-time.

“Donors could quickly and easily find their organization, make a gift and see that total increase,” said Brea MacBrien, director of annual giving. “The donors seemed to appreciate the real-time updates,” MacBrien continued.

Donors showed that appreciation with their generosity, as this year’s competition raised nearly $9,000 more than in 2016.