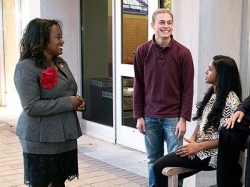 Center for Career and Talent Development

The center's goal is for 75 percent of students to obtain at least one internship. 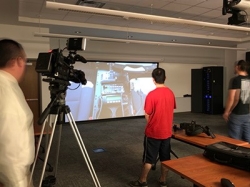 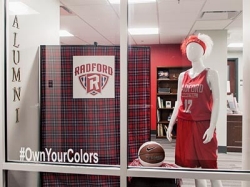 Alumni have a new place to call home on campus - Russell Hall. 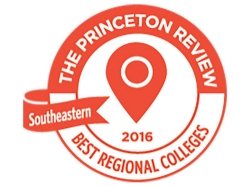 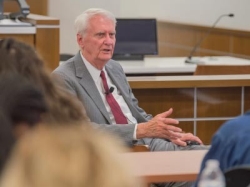 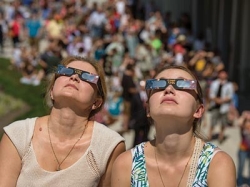 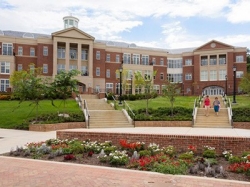 Center for Career and Talent Development

Our ultimate goal is setting our students up to be successful and prepared for the workforce once they leave Radford."

As the job market continues to diversify and employee recruitment becomes more competitive, Radford University’s Center for Career and Talent Development staff remains dedicated to equipping students with the skills and experiences they need to stand out.

Under the leadership of Executive Director Angela Joyner, the center is focused on engaging students early about their career paths, offering them more opportunities to grow their skills, leveraging alumni and identifying industry experts who will provide a strong network of support.

At Highlander Days and Quest, staffers are on hand to guide prospective and new students toward career services resources. Joyner said the staff has revamped the career development plan to incorporate six signature workshops throughout the academic year that focus on the specific skills and knowledge that employers are looking for in job candidates. What students learn in these workshops is supplemented by classroom presentations as well as group and one-on-one coaching.

Joyner used last semester’s JumpStart Conference as an example of students networking with alumni and community partners, who are valuable resources to students as they begin building their resumes and applying for internships.

The center’s largest goal, Joyner said, is for 75 percent of Radford University’s student body to obtain at least one internship by 2023.

This type of experiential learning is critically important because many companies are targeting interns to eventually become full-time employees, Joyner explained.

For more information about how you can help Highlanders become successful through internship and employment opportunities, please contact Joyner at ajoyner9@radford.edu or call 540-831-5373. 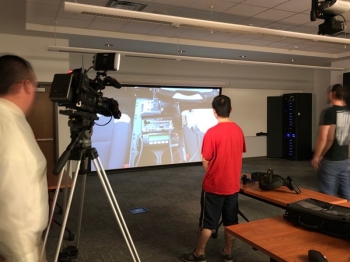 A newly acquired simulator, not often used at the university level, gives Radford University criminal justice students training on how best to react to hostile situations they may encounter as police officers in the future.

Criminal Justice faculty members Eric Snow and Roberto Santos run the MILO Range simulator, commonly used by police departments, to involve students in various scenarios that force the students to respond to a multitude of situations. “We’re able to put students into a scenario and have them make those split-second decisions on what level of force may be justified,” Snow said. “They have also found that verbal de-escalation, in a lot of cases, will work.”

Students respond to the simulations with their voices and actions, which can involve artificial weapons. The professor in charge of the system is in control of how the simulation responds to the students’ decisions.

The scenarios aim to put participants through positive threat identification. During some simulations, students will have to make split-second decisions on who is or isn’t a threat. To further increase the realism of the scenario, Snow and Santos are able to make their own simulations in the MILO system.

In addition to using this technology in criminal justice classes, the Radford University Police Department uses the MILO System to train its officers.

A new place to call home

Previously a residence hall, home of the College of Humanities and Behavioral Sciences (CHBS) and the Radford University Police Department, the first floor of Russell Hall is now transformed into the Alumni Center.

As visitors enter, they are greeted by fashion display cases maintained and created by Department of Design students. While stopping by, guests can utilize the Visitor’s Office, a space designed for visiting alumni who are on campus guest speaking, meeting with students or otherwise engaged with the university community.

The Alumni Center is located in the heart of campus with views of the entire campus. Alumni are welcome to stop by for a cup of coffee, said Sandra Bond ’97, MBA ’00, director of alumni relations operations. 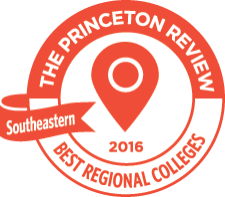 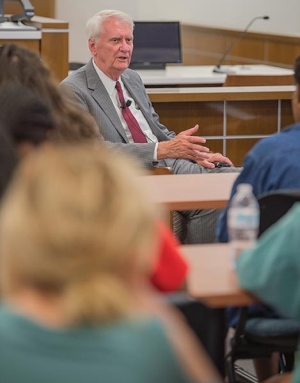 “I’m so excited to be here,” Jones said. “My mother went to Radford, but she didn’t graduate. It was during the Depression and she was needed back on the farm. She always spoke of her fond memories at Radford University.”

Criminal Justice Assistant Professor and Prelaw Advisor Luke William Hunt served as a law clerk for Jones prior to working as a FBI special agent. The standing-room-only event had Jones discussing his experience as a judge in the Western District of Virginia, plea agreements and his experience on the United States Foreign Intelligence Surveillance Court (FISA Court) in Washington, D.C. The FISA Court is composed of 11 district judges and receives requests for surveillance relating to international terrorism and foreign intelligence activities.

Kelvin Gravely Jr., a senior from Martinsville, appreciated hearing the perspective of someone on the FISA Court. “With a secret court, especially in the news media, you hear lots of different angles,” Gravely said. “Hearing from someone on the court himself was really beneficial.”

Questions asked by the students covered the topics of recommendations for law school, types of work undertaken by Jones, ethnic and racial disparity in prisons, wiretapping under the Patriot Act and percentage of denied FISA applications.

Hunt believed that the students enjoyed hearing from a current FISA judge. 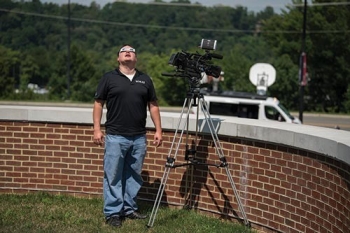 A community member observes the solar eclipse on campus.

Last August, nearly 1,500 visitors to Radford University directed their eyes skyward to see, what was for many, a once-in-a-lifetime wonder.

A total solar eclipse occurred on Aug. 21, the first visible from the United States since 1979. To celebrate the phenomenon, Artis College of Science and Technology (ACSAT) colleagues organized several on-campus events that attracted hundreds from across the region.

Inside the Center for the Sciences, visitors of all ages participated in several hands-on activities and enjoyed planetarium shows that better explained the solar spectacle.

Sarah Garza ’17, a physics graduate and alumni member of the Society of Physics Students, manned a table at which she played a matching game with children.

“An event of this magnitude shows how science, like music, can be an avenue to bring us together,” she said.

At 2:40 p.m., the celebration spilled outside as the eclipsed sun dimmed to turn summer afternoon into twilight. With eyes protected by eclipse glasses, onlookers sprawled across parking lots and on grassy patches to take in  the experience.

“We want to show him the world,” Myers said. “He may not remember it, but this begins his experiences with the world, nature and science.”

Off campus, Radford University physics instructor Mike Freed led a team of 10 students to Nashville, one of several United States locations in the path of totality. The Radford team participated in the Citizen Continental-America Telescopic Eclipse Experiment (CATE) to take photos of the solar corona using special telescopes. CATE participants were stationed across the U.S. to capture eclipse images that were later combined to create several movies to document and research the phenomena.

In addition, the principal investigator for the CATE project went before the U.S. House of Representatives Science and Technology Committee last September to testify about the success of the project. Radford University’s contribution to the project was noted in the congressional records. 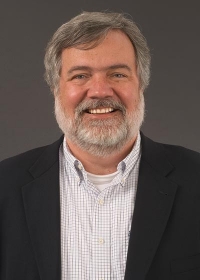 Gary Schirr, director of Graduate and Special Programs for the University's College of Business and Economics

Radford University Master of Business Administration (MBA) full-time students come from a wide variety of undergraduate institutions and backgrounds, but they tend to have one thing in common. They frequently are younger professionals who are just embarking on their careers, and they have chosen Radford University’s MBA program as the best way to enhance their professional success.

The program has a new leader. Marketing Associate Professor Gary Schirr is the new director of Graduate and Special Programs for the University’s College of Business and Economics. His role is to lead the MBA program and also future graduate programs developed by the college.

The MBA program is accredited by the Association to Advance Collegiate Schools of Business (AACSB). Its classes in core business principles, analytics and innovation prepare students for advanced leadership roles in private business and public sectors of the global economy.

Schirr, who has been teaching at Radford University for the past decade, is managing such areas as strategic planning and direction, academic curriculum, student recruitment, marketing and advertising, budget management and coordination with Radford University’s College of Graduate Studies and Research.

Schirr also coordinates one of the premier programs in the College of Business and Economics — the COBE Fellows program. This premier fouryear cohort program of 26 students per year provides top students with an integrative academic experience. The COBE Fellows selection process is highly competitive, and application review is very thorough. These high-caliber business students work throughout the academic year with a select group of COBE faculty to develop a unique perspective of the global business environment and gain cross-cultural skills to enhance their education and careers.