Kelly Nickell, M.A. ’17, thought she knew a lot about her grandmother, Barbara, until she started asking questions.

“She told me about how her dad, my great grandfather, was a coal miner,” Nickell wrote in 2014. “I’m 21 years old, and I never knew that about him.” In an interview that lasted nearly an hour and a half — Barbara did most of the talking — Nickell learned so much more about her grandmother and her family’s history. 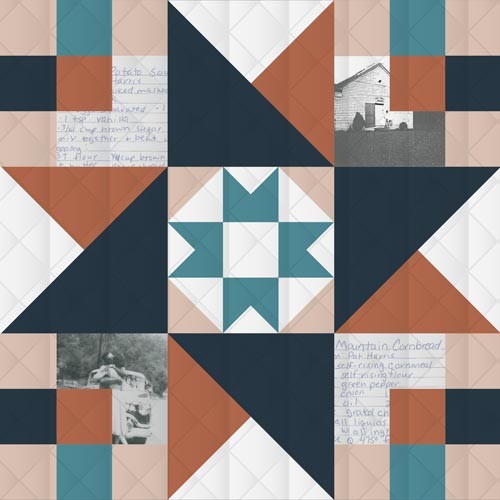 Barbara loved music, for instance, and gardening and canning food. She spoke fondly of her childhood, growing up poor in Appalachia and working hard in school and eventually earning her bachelor’s degree.
Nickell had never heard many of these stories until the two were visiting her mother — Barbara’s daughter — in the hospital.

“While we sat in the waiting room, we got to talking about her childhood,” Nickell recalled. “She told me some other quirky things, like how her dad called a bag a poke.”

It was at that moment Nickell, then a student at Radford University, realized she wanted to immortalize her grandmother and her stories in a semester-long project she had been assigned for her English course.

In nearly 40 years, more than 600 students like Nickell have collected oral histories and oral, customary, and material folklore from family members and residents from around the region for a project in an Appalachian Folklore class. When Grace Toney Edwards, then a member of the English and Appalachian Studies faculty, designed the field-collecting project in 1981, she emphasized that those projects would be preserved for future scholars and researchers in hopes her students would take the assignment more seriously.

“And did they ever,” Edwards recalled. “Many of them put in multiple, multiple hours of work making contacts, interviewing, transcribing, analyzing and writing their findings, many times to the tune of 100-plus pages.”

Edwards kept all of the projects in boxes in her office and subsequently in the Appalachian Regional Studies Center in the mid-1990s. “That was the real beginning of something that looked like a real archive,” said Edwards, now a professor emeritus who retired in 2010.

“I think I can safely speak for both of us when I say that we have experienced many personal rewards ourselves just by having the privilege of reading about the lives and behaviors of multiple Appalachian people that we would otherwise never have known,” Edwards said.

As promised to the students, those projects remain intact, and many have found a new home online, making them accessible to anyone at any time. “You no longer need to make a trip to Radford to view most of those projects,” said Cox, who retired in 2020 after 32 years of teaching at Radford.

I think I can safely speak for both of us when I say that we have experienced many personal rewards ourselves just by having the privilege of reading about the lives and behaviors of multiple Appalachian people that we would otherwise never have known.”

McConnell Library Archives Supervisor and Appalachian Music Specialist Bud Bennett took on the painstaking task in the summer of 2020 of placing the projects online, and currently 434 of those projects are available and searchable on the library’s website. Projects are in the form of text and audio, many with photographs or slides and can be filtered by entering the name of a collector, an informant, a town or county, or a general topic, such as canning, blacksmithing, ghosts, or folk medicine, then click on the magnifying glass to search the entire collection.

If you want to hear Nickell’s grandmother tell her stories, the interview, all 80 minutes of it, is there in the archives. If you want to hear a young man nicknamed Pickle describe catching a ride on a coal truck to get to high school every day, it’s there, too.

Or, if you want to hear stories about how Appalachia got its name, or about folk architecture, or making moonshine, or tales of ghosts and witches and superstitions, or African-American Appalachian folklore, all of those are in the archives because somewhere on the timeline of the past 40 years, a Radford student sought out someone who had those stories to share.

“And the students, their families, friends and neighbors,” Edwards explained, “had the experience of seeing their lives and cultures valued because someone took the trouble and time to ask about them.”