The Highlander family is unlike any other. It includes many relatives, especially a Cousin, as in Justin Cousin ’18, new graduate assistant and former men’s basketball student-athlete. Justin was an integral part of the 2018 March Madness run that featured Radford’s first-ever win in the NCAA Tournament. Justin was a five-year member of the team and saw action in 127 games, earning 55 starts. Keeping with the family theme, Justin’s dad, Rod, was a member of the Radford men’s basketball team from 1984 to 1988. 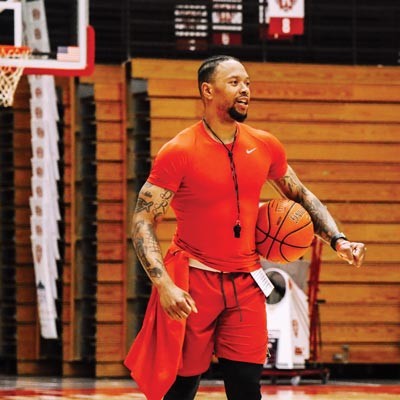 One of the most successful fall sports programs in recent years, women’s soccer earned a boost in the offseason when it introduced Kat Parris to the squad. The midfielder/forward from Silver Springs, Maryland, made her first collegiate appearance on Aug. 19, 2021. She made a statement that night when she notched her first goal as a Highlander, and it was the game-winning goal in a 3-2 win over Mount St. Mary’s. The stellar performance garnered her Big South Player of the Week. She went on to earn back-to-back Big South Freshman of the Week honors the following two weeks, corralling three conference weekly awards for the first three weeks of the 2021 season. 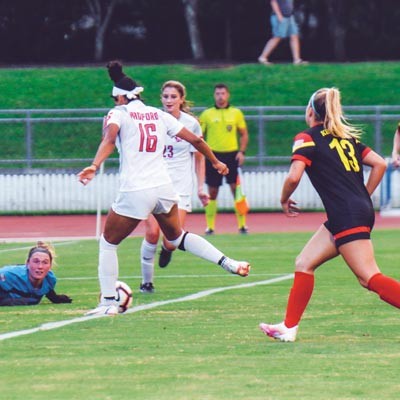 In her Highlander debut, Radford graduate student Hannah Moran set a new school record and took home a first-place finish at the Virginia Tech Invitational on Sept. 1, 2021. She completed the 4K in 14:11.0, more than 15 seconds faster than the previous record holder (14:26.08). Hannah was named Big South Runner of the Week on Sept. 22 after she won the JMU Invitational with a time of 18:27.5 in the 5.2K race and crossed the finish line nearly 30 seconds ahead of the field. It was her second victory of the season and helped the Highlanders to a second-place team finish. 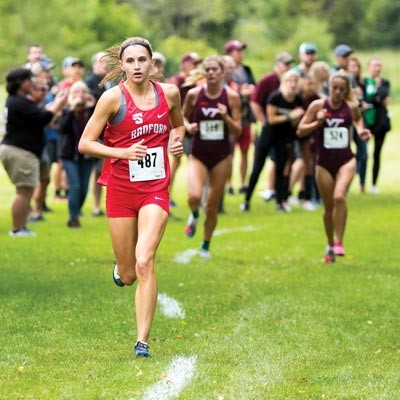 The year 2020 brought many unforeseen obstacles, and one of those barriers was an unexpected head coach vacancy for the Radford University men’s soccer program. Former men’s soccer standout and current Assistant Coach Chris Barrett ’94 was the right man for the job. He assumed the interim head coaching position in November 2020 and he earned his first win on Feb. 28, 2020, in a 1-0 victory over Gardner-Webb University in the modified spring season. He was named the permanent head coach in the summer of 2021 in preparation for the fall 2021 season. 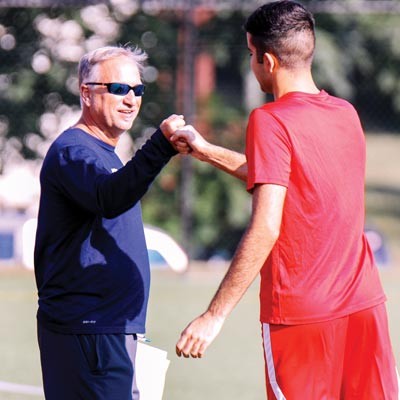 Radford University alumnus Callum Tarren ’14 etched his name in the record books when he became the first Highlander to earn a PGA Tour card. He locked up his 2021-22 PGA Tour membership at the Nationwide Children’s Hospital Championship on Aug. 29, 2021. His membership means he is able to enter into PGA Tour events for the 2021-22 campaign. 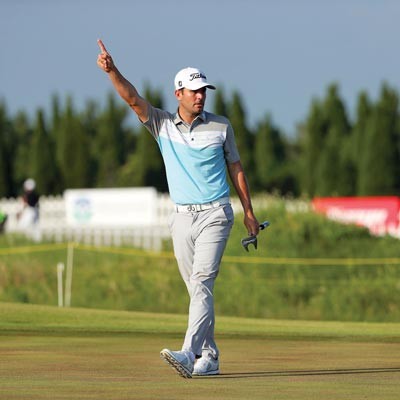