After his Paralympic triumph, Nick Mayhugh finds a different track

Nick Mayhugh ’18 appears caught off guard when asked if he is a role model. But, as memories of the messages he has received recently speed through his mind at a world-record pace, he quickly answers.

“Yes, I am a role model,” Nick said. It’s an obligation he proudly accepts, but it can be a monumental responsibility, at age 25, when children look up to you and moms and dads ask for your guidance.

“The number of messages I receive daily can be overwhelming,” Nick said from his home in Charlotte, North Carolina. “But, it’s such an incredible feeling to be a role model for kids with disabilities and to be able to offer advice to them and their parents. It’s one reason I wanted to become a Paralympic athlete.”

In August 2021, the former Radford University men’s soccer player traveled to Tokyo as part of the U.S. Paralympic track & field team and dominated three of the four races in which he competed. He won gold medals in the 100- and 200-meter races and in the 4-by-1 universal relay. He broke the world record in all three of those races and won a silver medal in the 400-meter race.

The events and moments that led Nick to Tokyo could serve as ingredients whipped into an emotional, inspirational tale that begins with adversity and ends in epic triumph. 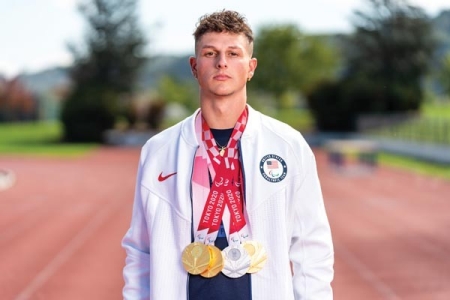 Nick has been an extraordinary athlete all his life, but numbness on the left side of his body left him at a slight disadvantage from the time he began competing. “It was something I learned to compensate for,” he said. “I had to do things like actually think about walking and making an effort to pick my leg up so it didn’t drag. Little things like that were very frustrating when I was a kid.”

Nick told his parents, teachers and coaches about his condition, but “everyone told me it was just my non-dominant side, and I needed to work on it, and it would get better.

“No one really understood,” Nick said. “My parents believed me, but they didn’t see it as bad enough to take me to a doctor. I guess to my own credit, I masked it almost too well for people to even notice.”

But, in 2010, at age 14, Nick suffered a grand mal seizure and was rushed to the hospital, where an MRI revealed a mild form of cerebral palsy. It was the result of a “dead spot on my brain,” he said, which was caused bya stroke Nick suffered in utero.

Nick continued to persevere, playing the game he loved. “Soccer is second nature to me,” he said, “and it was easy to mask the problems and put myself in the right position.” Nick later played for the Highlanders men’s soccer team and the U.S. men’s Paralympic soccer team. In 2019, the U.S. Soccer Federation named him the U.S. Soccer Player of the Year with a Disability.

Nick momentarily set aside soccer later that year, however, and began focusing on running because he wanted to compete in the Paralympics, and soccer was not part of those games.

Powered by a passion to succeed at his new sport, grinding 10-hours-a-day training sessions with his brother, Thomas, and an occasional sleeve of Oreos, Nick took Tokyo and the Games of the Paralympiad by storm in August. He returned home with a bundle of gold and silver, new awe-inspiring world records and a community of adoring fans, many of whom strive to overcome their own physical limitations with Nick as their compass.

“Just this morning, about an hour ago, I got a message from a mom who has a son with CP, and she was asking what it was like for me growing up,” Nick said. “I hear from a lot of parents and a lot of kids, and it is such an incredible feeling, and it makes me happy to help and to hear from them and hear their personal stories.

“It feels kind of weird sometimes but, yes, I am a role model, and it makes me happy and proud to advocate for them and the disabled community.” 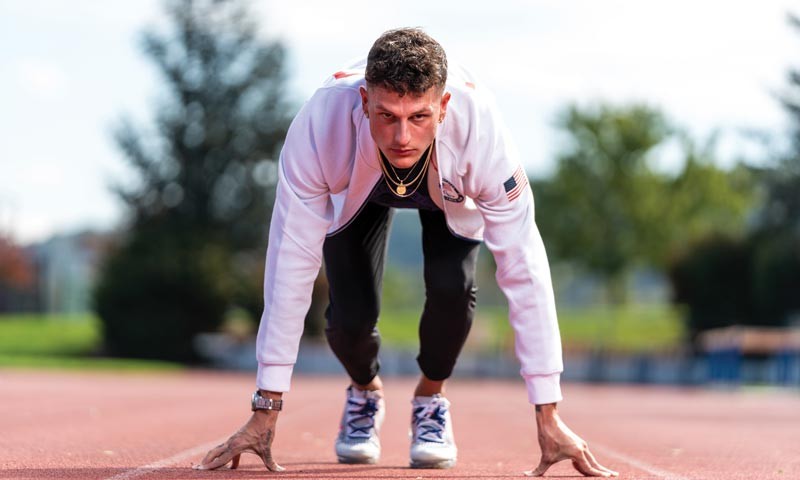