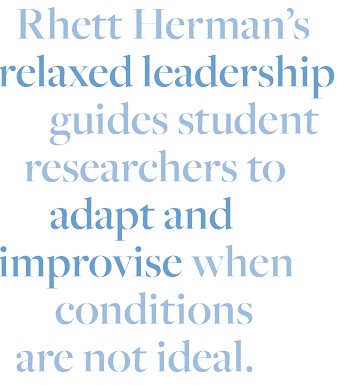 A Cool Head in the Arctic 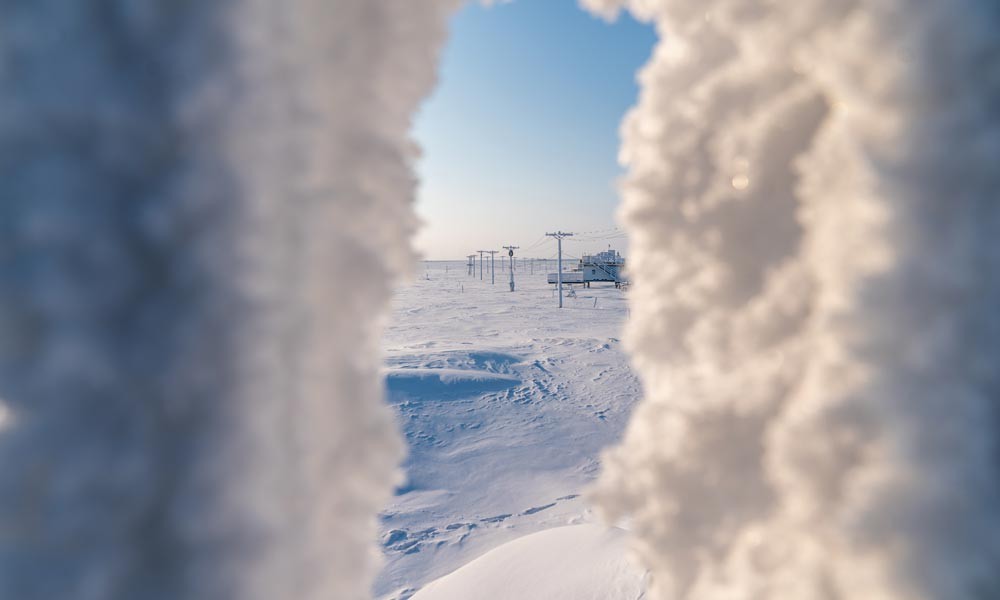 Video feature: Watch our students' experience on the frozen sea ice in Alaska.

The teaching style of Rhett Herman, Ph.D., looks a little different from the traditional approach. As one of his Arctic Geophysics students showed great concern over a last-minute roadblock just days away from the group’s trip to Alaska, Herman remained calm. 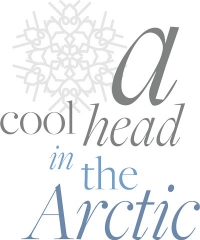 “How do we get ethanol on the plane to Alaska for my experiment?” one student asked. Herman responded, “Well, we cannot, but that’s okay.”

His mantra? Adapt. Students say that ideology proves intimidating at first, but in the end gives them the freedom to learn through hands-on trial and error.

“Dr. Herman guides you, but leaves enough room so you can learn and grow independently,” said Will Nape, a senior from Radford, Virginia.

“When I came into class the first day, I had no idea what was going on,” Nape said. “Over time, I learned this class is about discovering and researching for yourself, setting goals and meeting those goals. It’s a unique teaching style, but it’s helped me grow professionally and personally. It’s helped me be more independent knowing I have Dr. Herman there for me if I need direction, but he’s not giving me all the answers.”

“Dr. Herman helps you achieve your goals and takes none of the credit,” said Hunter Witt ’20.

It is all part of Radford University’s Physics 325 — Geophysics Field Research course. Prior to this four-credit class, students were required to take a one-credit preparatory course in order to have enough time to plan, research and build their projects. Herman says the class is designed to teach students three things:

1    That science does not have to be done on a big budget;

2    To gain a broader perspective through stepping outside their comfort zones; and

3    To develop self-efficacy and reliance. 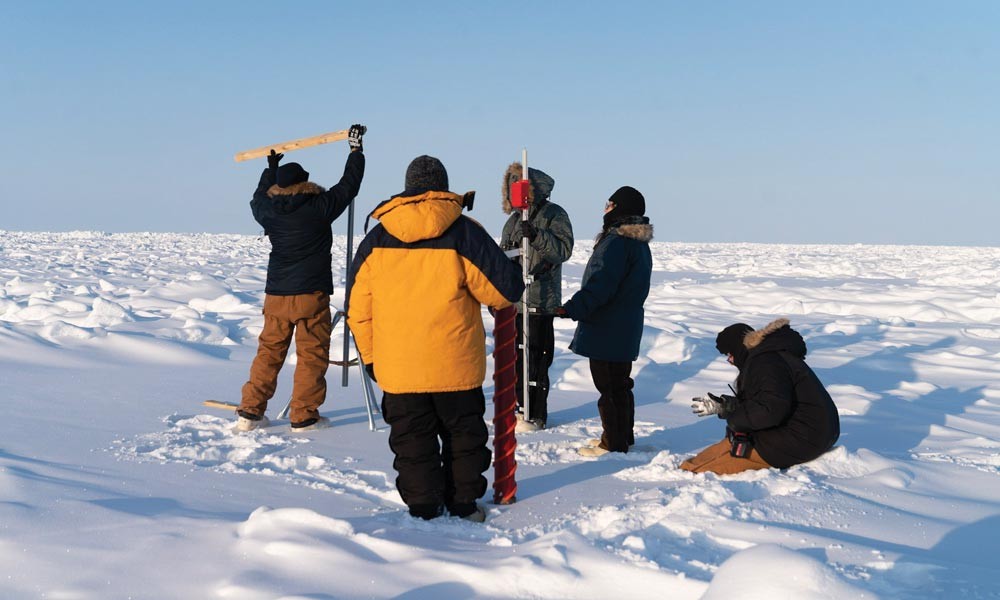 Students help each other conduct research on the frozen Arctic Ocean.

The preparation, months in the making, all leads to one trip, 4,619 miles from Radford University, more than 300 miles above the Arctic Circle, to the farthest northern point of the United States, in Utqiaġvik, (formerly known as Barrow) Alaska. The March 2020 trip marked Herman’s 14th year leading a group of students to the tundra for research.

What kind of research? Whatever the student chooses. The students are given the autonomy to discover, study and test anything they are interested in as related to geophysics.

“Some classes, you memorize formulas or styles, but physics is about thinking, not memorizing. Dr. Herman is like a guide leading you in the direction of the answer without giving you the answer,” said Alex Anderson ’20.

With the freedom to discover, student projects varied from testing the temperature of the water under the ice of the ocean to determining when, why and how strong cracks in the ice begin to form. One student set out to test how microplastics might be filtered from the ocean. Once students developed a topic, they then researched and proposed ways to study that topic in the Arctic.

After months of testing, building and learning, students would soon learn that the preparatory work would be the least challenging part of their research. As the veteran leader of the Radford University trip to Alaska, Herman says this 2020 excursion posed unique challenges previous students had not faced.

“There was a problem with the airline, and our equipment wasn’t shipped on time. We didn’t end up getting our gear until the day before half of our students left. While frustrating, the delay proved a great time to recognize the semblance to life — things do not always go as planned,” said Herman.

Banding together, the group came up with a strategy to use what resources they did have until the equipment arrived.

Herman reached out to connections in the Utqiaġvik community he had made throughout the years and was able to borrow enough gear for students to be safe on the ice. He then worked with a local company to borrow, and in some cases purchase, equipment to help students conduct research, while waiting on their shipment to arrive. 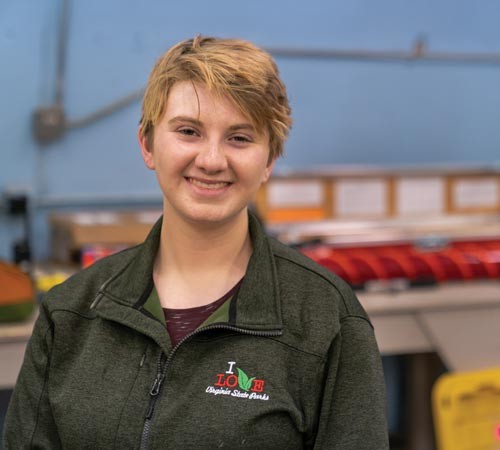 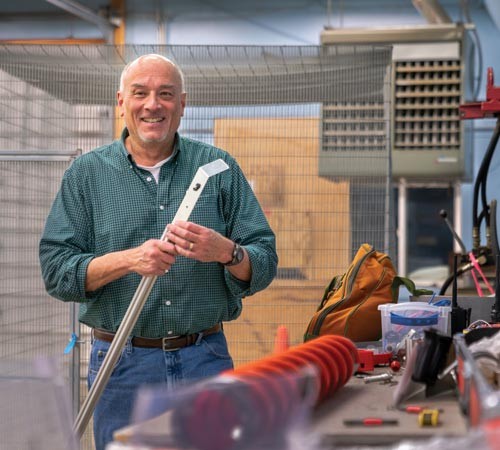 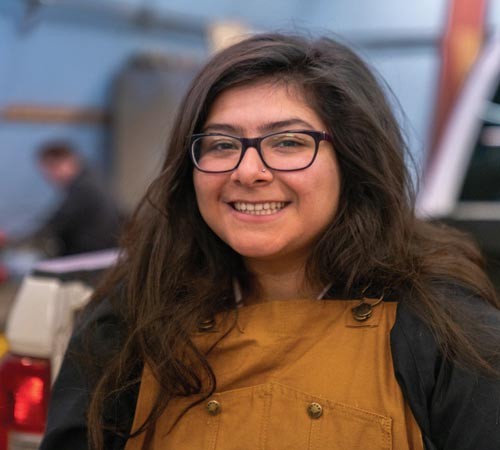 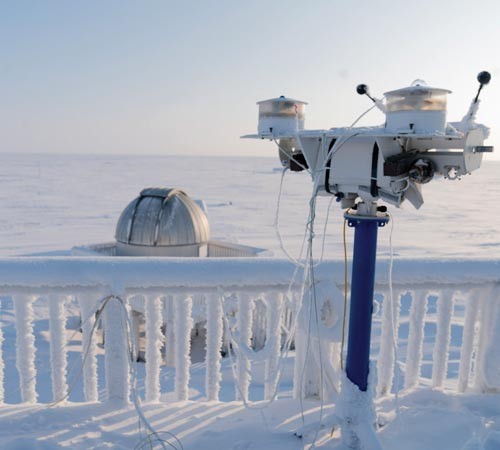 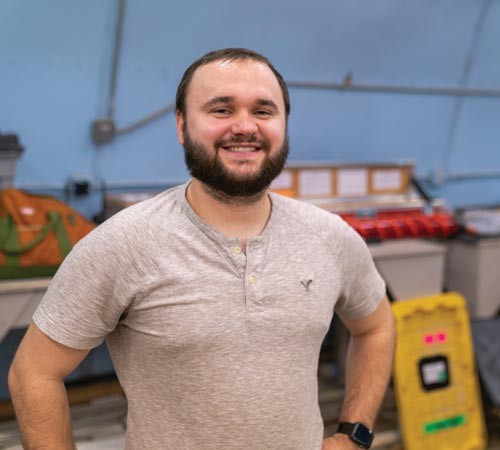 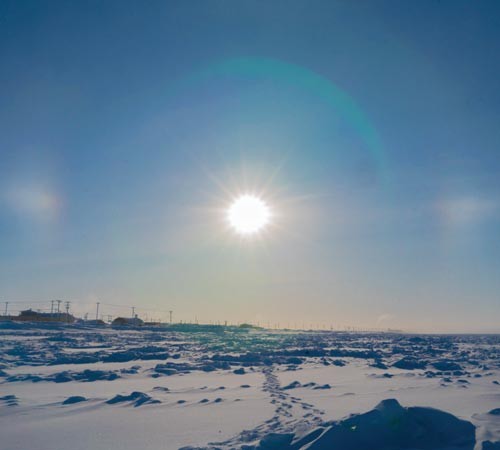 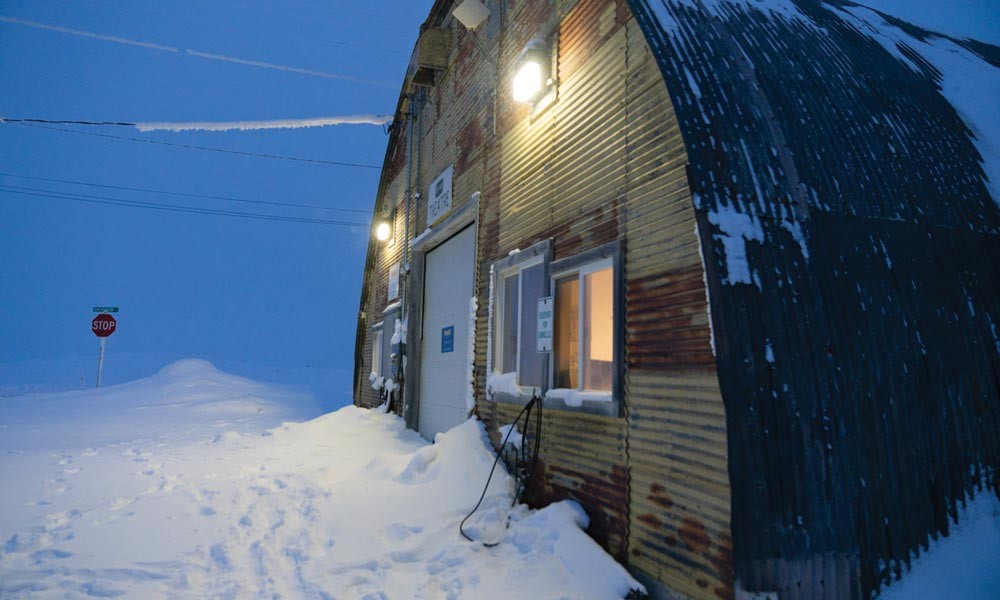 “The Theatre,” where students spent time piecing their projects together, analyzing data, brainstorming new ideas — and staying warm in the subfreezing temperatures. 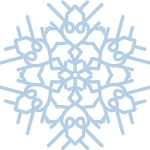 As nearly a week went by, the young scientists followed the lead of their relaxed professor, developing a plan of action. It was a life lesson in adapting and overcoming. In the end, students were able to borrow enough gear to get through the week until equipment eventually arrived.

The delay proved minimally invasive as Radford University students once again proved to be responsive, resilient and real.

With the weather a balmy -62 degrees, students donned several thermal layers, multiple socks, face masks, scarves, two sets of gloves and their specialized Arctic boots, parkas and bibs. Thanks to the help of the Ukpeagvik Inupiat Corp. in Utqiaġvik, the students were safely equipped to head onto the frozen Arctic Ocean. While the frozen waters had been solid sheets in years past, this year the cold weather had a late arrival, resulting in a choppy, icy tundra to hike through. Getting enough distance from the shore for research meant what seemed like a trek through boulders. Each day and twice per day, students began the lengthy process of dressing for the weather, gathering their equipment and hiking through the ice to a place suitable for their research. 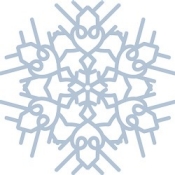 The most frequently used item for several of the students was what is known as the core sample drill. Using the hollow drill was a team effort as students drilled into the ice several feet to remove core samples. The researchers were surprised to see just how deep the ice measured, often coming in at around 1.8 meters before reaching the water underneath. One by one, students took turns stabilizing or drilling the core sample. Each one also experienced a rite of passage, taking a taste of the Arctic Ocean when ice turned to slush and slush turned to water.

In the end, all the students were able to retrieve their data and bring their research back to Radford for further study.

“This is my first big research experience. I feel an experience like this helps you advance not only in your research, but in how you think and solve problems,” said Deanna Perales, a senior from Sterling, Virginia.

Experiences like these make Radford University a leader in innovative research, giving students opportunities they never imagined possible. In those opportunities, students find guidance through their relationships with professors like Herman. That guidance prepares students to grow both professionally and personally — equipping them with the necessary tools for future challenges and successes. 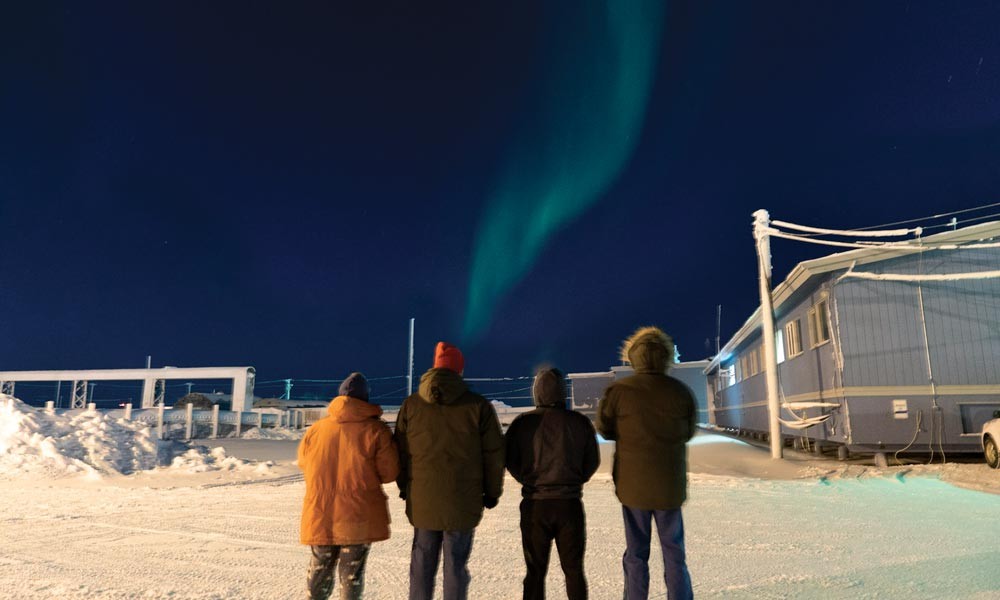 Some members of the 2020 Alaska research team head out in the evening hours to see the Northern Lights visible in the sky over Barrow, Alaska.