Coaching the Game of Life

For Karl Kuhn, winning is not limited to numbers on a scoreboard. 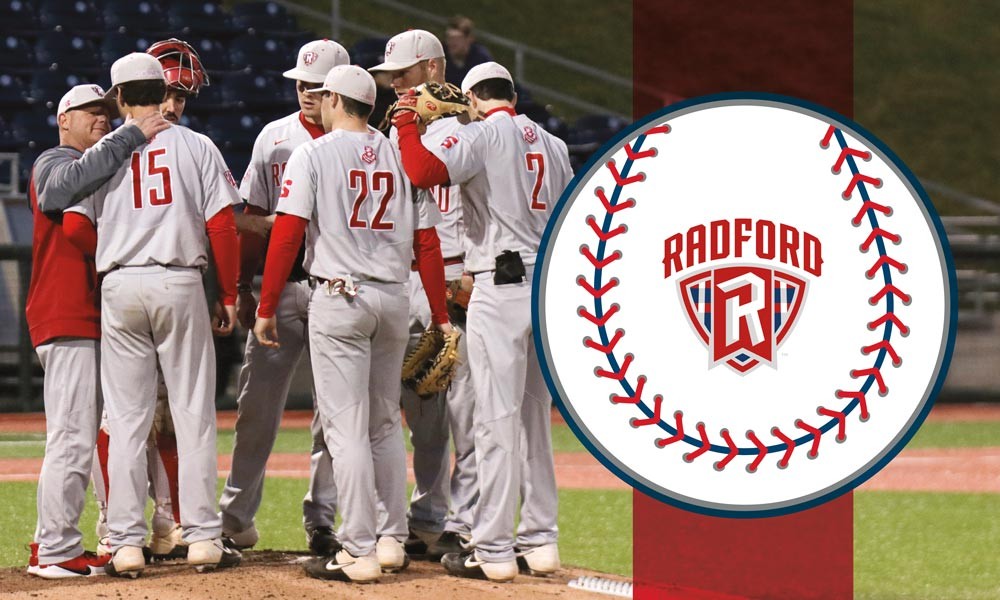 Karl Kuhn is the embodiment of a Highlander.

To truly understand that sentiment, to know what makes Radford University’s new baseball coach tick and understand what makes him successful, you simply have to listen as he speaks.

He talks about process, and Kuhn’s process begins with three simple words: athletic, competitive and tough.

Kuhn — or Coach Ks as he is affectionately known to seemingly everyone — began instilling these virtues as soon as he arrived in Radford.

That was in August 2019, when he was introduced as the Highlanders’ sixth baseball coach at a news conference in the Dedmon Center. Wearing a suit and tie, transitioning to Radford red and white and out of the blue and orange he donned for more than a decade and a half as the pitching coach at the University of Virginia (UVa), Coach Kuhn spoke about goals he had for his players, on and off the diamond.

Helping his players become better at baseball — and life — is a goal Coach Ks has been striving for and achieving for years.

Kuhn made his way to Charlottesville in 2004 and began what would become an immensely successful tenure as UVa’s pitching coach. Through his 16 years there, he established himself as one of the best in college baseball.

Coach Ks mentored pitchers who helped UVa win a national championship in 2015 and earn four trips to Omaha, Nebraska — every Division I baseball players’ field of dreams — to compete in the College Baseball World Series. In 2014, Kuhn was named the Collegiate Baseball National Pitching Coach of the Year.

Awards and accolades can go only so far, but memories and relationships are the emotional pieces that complete life’s journey.

A simple question from Coach Ks surprised Harrington as his UVa baseball team wrapped up one of their final practices of the 2019 college baseball season:
“Do you want to have a catch?”
“Yes,” Harrington quickly replied to Kuhn.

As he recounted the story, you can hear the emotion in Harrington’s voice. The simplicity of having a catch, tossing a baseball back and forth and hearing the pop of the glove, often evokes a special bond between coaches and players, between fathers and sons.

“So, we tossed the ball a little,” Harrington, the former UVa pitcher, recalled of that April afternoon in Charlottesville. He was holding out hope that his team would be playing in the postseason.

“But, I think in Coach’s mind — and I should have realized it too — that maybe that was the last time he and I were going to toss a ball to each other,” Harrington said.

“We came in after a few minutes, and he gave me a big hug. I sensed a little emotion with him, certainly looking back on it. It brings out emotion in me, too.

“I’ll always keep that memory with me,” Harrington said.

As Coach Ks transitioned to his new Radford home, his process of molding the Highlanders into his image of a good baseball team took time and spawned a rollercoaster of early results. The Highlanders opened the season with three wins, but they followed their early success with seven losses in eight games.

Then, the team hit a hot streak, winning five games in a row. Bats were hot. Pitching was solid. The team was forming a bond as tight as the 108 red stitches that bind together a baseball.

“I think we were finally gaining the confidence we needed to become the best team we could be,” Galati said.

Soon thereafter, the unimaginable happened. The spread of COVID-19 threw a knee-buckling curveball — at everyone — and presented unprecedented challenges. Radford University and other colleges across the United States transitioned to online instruction and soon, the NCAA canceled all 2020 spring sports.

“It was pretty heartbreaking to have our season cut short,” said catcher Straton Podaras, a senior on the 2020 Radford squad, will be back on the team in 2021 as a graduate student working on his MBA. “We hit some speed bumps and lost some tough games, but we were gaining momentum.”

The Highlanders played only 17 games under Coach Ks in the shortened 2020 season, but they quickly took on the personality and enthusiasm of their coach.

“I think their energy was different,” Kuhn said. “A lot of our seniors have told me that this was the closest team they’ve been. This team grew individually and collectively an enormous amount.”

Losing the season, however, was a tremendous blow to Kuhn, his coaches and their players.

Anyone who follows baseball knows it is a humbling game built on failure. Failure makes baseball players better, Coach Ks believes, and as former ballplayer and sporting goods entrepreneur Albert Spalding once said, “Baseball is a man-maker.”

The principles Kuhn teaches are man-makers, too. And, baseball, he says, is a “gimmick” to teach life.

“Less than 1% of these guys will go on to play professional baseball,” Kuhn said. “Well, these guys are going to be 99.9% fathers, husbands and leaders in business and industry.”

Podaras is a perfect example of what the Highlanders baseball team is becoming. If you ask the players, their words about their new coach sound similar, as if they have read and studied a script.

In a way, they have. The script and guidance Coach Ks is using to direct his young players into maturity on the field, in the classroom and in life.

“He treats us like men and talks to us like men,” Galati said. “He always tells us that he wants us to be good players, but it’s not possible if we aren’t good men first. I respect that a lot.”