Alice Poutasse Frazier ’87, a native Virginian and resident of Nelson County, went from being an avid equestrian with aspirations of making her hobby into her career to being the president and CEO of Potomac Bankshares, Inc. 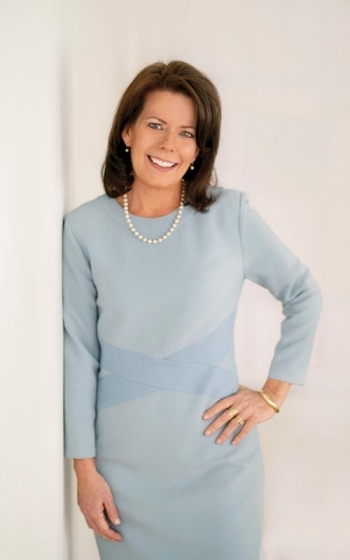 “Initially, I was an equestrian major at another college; however, I realized that mucking stalls for the rest of my life wouldn’t be much fun,” Frazier said. “As most college students do, I made a road trip to visit a good friend from high school at her college, Radford University. I enjoyed the weekend and loved the campus. The fact the school was large enough to provide diversity, yet small enough to not be lost in the numbers, was very appealing. It was an easy decision to transfer to Radford.”

When Frazier realized equestrian studies did not fit her future, she found herself looking toward business as her new area of study. As required by all business majors, Frazier took Basic Accounting I and II and found that the material “surprisingly” made sense to her. She enjoyed the organization and processes that went along with accounting and continued to pursue it. Frazier also was involved on campus, serving as an accounting tutor, member of the Accounting Club and little sister to a fraternity.

“I think anytime someone becomes engaged with a business, civic or social club, opportunities for personal growth and networking occur,” Frazier said.

“My husband, Todd Frazier ’85, and I have continued to stay connected with the relationships we built at Radford.”

As Frazier looked back on her time at Radford, many professors and classes stuck out as making an impact on her student experience.

“The student population size of Radford allows the students and professors to connect in ways that build upon what’s taught in the classes. I still appreciate Dr. Lynn Saubert’s high expectations of perfection, Dr. Amenkhienan’s way of simplifying cost accounting and Dr. Wooley’s effort to open doors. Each professor took interest in the success of the student. To this day, I think of Dr. Brinckman’s Business Law classes when in the midst of contract or lease negotiations,” Frazier said .

After graduation, Frazier began a path toward her current position as the president and chief executive officer (CEO) of Potomac Bankshares, Inc.

“After graduating in 1987, I joined the audit practice of what was then a Big 8 public accounting firm, Ernst & Whinney. Today, that firm is Ernst & Young,” Frazier said . “When Todd and I moved to Winchester in 1988, I was able to join a regional public accounting firm, Yount, Hyde & Barbour (YHB). YHB has a large bank audit practice to which I was assigned several community banks as clients.

“In 1991, I was approached by a small community bank to begin its loan review and internal audit program. Over the next 16 years, I was given tremendous latitude to work beyond the traditional role of a chief financial officer, which allowed me to be deeply engaged in most aspects of community banking, resulting in the role of chief operating officer.”

A career coach helped Frazier identify that direct commercial lending and sales experience were necessary for her to meet her ultimate career goal of becoming the CEO of a community bank.

“This was a scary thought for someone who had never been a ‘sales person,’ but sometimes being uncomfortable affords professional growth," she said.

At a pivotal point in her career, an opportunity arose for Frazier to join a large regional bank to lead a commercial lending team and sales in her hometown market. She decided to take what many would perceive as a “step back” to invest in her long-term goals.

“After a couple years, a Northern Virginia regional bank with $1.8 billion in assets, 315 employees and 25 branches called me to be their chief operating officer. Over eight years, this bank grew to $4 billion in assets, 800+ employees and 31 branches before it was acquired by another bank,” Frazier said . “From the early days of my first community banking job, I was inspired by the commitment of the bankers to the customers and the community.

After 26 years of building upon her banking experiences, Frazier assumed the role of president and CEO of Potomac Bankshares, Inc., a locally owned community bank with offices in Virginia, West Virginia and Maryland.

“My career would not have been possible without the full support of my husband, Todd, for which I am grateful,” Frazier said . “When our boys were 12 and nine, he sacrificed his IT career to become a stay-at-home dad. Sixteen years ago, a stay-at-home dad was not nearly as common as it is today, but having Todd home with our boys gave him the opportunity to pursue his passion of coaching youth baseball.”

Frazier offered some advice to students wishing to follow her path: “Find mentors willing to be honest with you and help you build relationships. Be curious, be resourceful and early in your career, focus on helping your leader. Invest in your career by learning as much as you can about the industry in which you are employed. Read the news, become involved in the industry associations and build relationships with others in the same industry.

“To become a leader, someone else has to be willing to follow you, so relationships matter,” Frazier said . “Because I have high standards for myself, it took me awhile to learn to not take things so personally. Business is business, and if everyone is working toward the common goal, then it’s not personal. A personal mantra I share with my team and children is, ‘minimize the should haves’ — you do not want to be left behind or regretful, because you ‘should have’ done something.”

Business as usual is not quite the norm in 2020. Frazier recognizes this and shared a few words of wisdom for Radford students entering the workforce.

“This is a point in time, and in some ways, a gift of time — use it wisely,” Frazier said . “I suggest they use this time to build connections, expand their skill sets and be open to opportunities that seem completely different than their intended career path. Some of the best entrepreneurial ideas come from challenging times.” 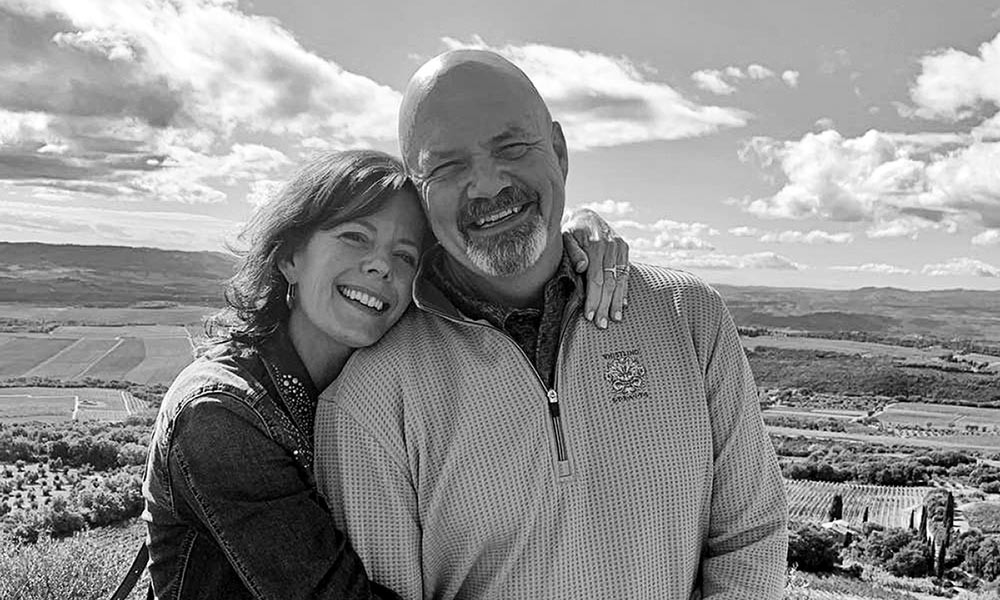