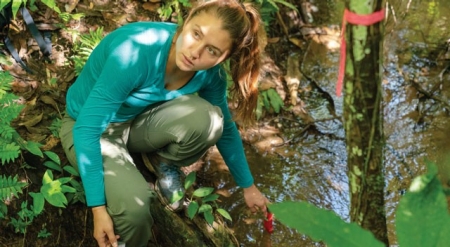 Radford University students and faculty members returned from a three-week-long transformative experience in the Peruvian rainforest after taking part in the Radford Amazonian Research Expedition (RARE) Program from May 20 to June 11.

The experience expanded students’ boundaries and pushed their personal growth. Students conducted individualized research projects, hiked, climbed an 85-foot tree, explored the jungle and, after all that, became tourists when visiting Cusco and the ancient ruins of Machu Picchu.

“We cross a lot of different disciplines with RARE,” Maxwell said. “Seeing the students light up and change before your eyes is one of the most rewarding outcomes of teaching. One of the most engaging ways to teach is to take students there, engage them in their own scholarship and watch them work through the challenges and problems associated with being a researcher in the rainforest.”

That experience goes beyond just being a researcher. Students get to soak in the local culture — including the food, music and local populations — a critical component of the RARE Program. Students can experience that culture and see its impact on their research projects.

The cultural journey began when the group of 10 students and two professors arrived in Puerto Maldonado, a remote city in southeastern Peru. After staying in the city for a couple of days, the group headed north on the Trans-Amazonian Highway before heading down a muddy logging road to reach the small, remote town of Lucerna. After the luggage was loaded onto a small boat, the group traveled upriver to the biodiversity station. After arriving, the group still had to make a quarter-mile hike with a steep incline before reaching their temporary home.

Sydni Pennington, of Dublin, Virginia, is one of the students who benefited from the transformative experience.

“I feel like I am more ready to take obstacles head-on,” Pennington said. “I was in the Amazon for two weeks, so I feel like problems at home are a lot easier to face. I learned about myself and how to push my limits.” 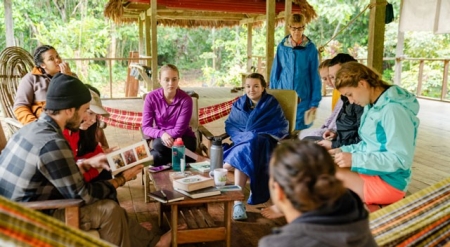 Each of the students overcame issues in the field. For Kateri Schoettinger, of Cincinnati, Ohio, it was equipment issues for her research. Schoettinger was measuring the carbonic acid and pH of covered streams versus streams in direct sunlight. The equipment she brought on the trip was not working, but there was some backup equipment left at the biodiversity station. “You have to be flexible,” she said.

“I always knew I wanted to study abroad and take as many opportunities as possible,” Schoettinger said. “Since RARE has been such an impactful experience, it seemed like it should be the one I should attend. Every time we went out into the jungle, we learned something new.”

Helping the students on their life-changing adventure were Associate Professor of Mathematics Jean Mistele, Ph.D., and Assistant Professor of Biology Sarah Redmond, Ph.D.

“I think this is a fascinating program,” Mistele said. “It’s a wonderful way to work with students and help them grow. It’s an incredibly unique opportunity.”

For the last five years, Radford University has partnered with Tamandua Expeditions, an eco-tourism company that focuses on conservation- and sustainability-based expeditions, to guide the students through their life-changing experiences.

“We’ve been able to create a study abroad program that I’m confident is the only study abroad program like this in the United States,” said Mohsin Kazmi, a guide for Tamandua Expeditions. “There are individual students working on individual projects. The professors are coming from interdisciplinary backgrounds. They are working so hard to allow these students to feel a real-life work experience. They get to go into the jungle and solve problems. They are getting a head start on their careers before they approach graduation. It’s empowered people and changed people’s lives.”

Maxwell emphasized the unique and life-changing nature of the RARE experience, one that is designed to not only benefit the students who attend, but also their families.

“They bring that experience back and communicate what they have seen in the world and in a place most people don’t have the opportunity to visit,” Maxwell said. “It really pulls together communities, because they get to share their experiences with the Radford community and their families.”

BE CAPTIVATED BY RARE. WATCH TO LEARN MORE. 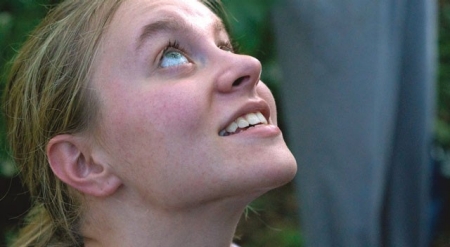 From an early age, freshman Drew Myers knew she wanted to be a veterinarian.

At Radford University, Myers is working toward her lifelong dream by attending the Radford Amazonian Research Expedition (RARE) Program and studying veterinarian practices in Peru.

“My sister helped me come up with the idea that I could compare and contrast veterinary medicine here with services offered in Peru,” Myers said. “I went with it and am so glad I did.”

As part of RARE, the entire group visited an animal rehabilitation center near the city of Puerto Maldonado, Peru. As part of the visit, students were able to prepare food for the animals and tour the facility, which is found on the edge of the rainforest.

Myers took the experience a step further by spending the night at the rehabilitation center, where she conducted the bulk of her research over that day-and-a-half period. Myers was able to speak with interns and a principal veterinarian at the facility.

“Being able to stay there was amazing,” Myers said. “Waking up and feeding the animals and being able to see them again in a closer view than the rest of the group got to see. I got to hold a baby howler monkey. It was amazing being that hands-on and that close.”

Myers said that the experiences have given her a new respect for veterinarians that treat wild animals, especially those that do so in a challenging environment.

The other aspect of the trip that positively impacted the diverse cultural experiences for Myers, something she has brought back to Radford University. “Since I had never been on a plane and never been out of the country, I didn’t really have that view of the world. I knew it from books, but I didn’t know it firsthand,” Myers said. “Now, I have that valuable experience.”

Myers gained a “let’s do it” mentality on the trip.

“I feel like I am a lot more open to doing new things,” Myers said. “Before I went to the jungle, the idea of jumping off a small cliff into the river and swimming across the river would’ve been terrifying to me. The idea of swimming with a caiman would have been tough. Now, I’m like yeah! I’m willing to do anything instead of being the shy me.” 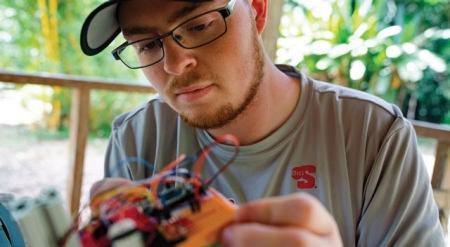 The idea for senior Trevor Tidwell’s research began in January 2017, when he attended the Arctic Geophysics Research Expedition to Alaska. On the expedition, research on the thermal balance and properties of the Arctic sea ice was conducted. Tidwell wanted to take what knowledge he gained in Alaska and apply it to an entirely different environment — the Peruvian rainforest.

With the goal of collecting data to accurately discuss how clear-cut deforestation is changing the Amazon rainforest, Tidwell set out to Peru as part of the RARE Program to apply his physics knowledge in a jungle environment.

To create his climate-data sensing equipment, Tidwell took an Arduino microcontroller, which is a highly-programmable computer platform that allows people to build digital and interactive devices and programmed sensors attached to the controller to capture temperature and humidity data.

Tidwell said there was a significant difference in the data collected from the jungle to the data taken from Lucerna, a small, remote village of 75-100 people.

“The humidity is far greater in the jungle than it is in Lucerna, and the jungle is much cooler in temperature,” Tidwell said. “The reason that it is cooler in the jungle is because the trees shade the area, making it cooler. The trees help keep in the moisture, too, I think. Lucerna is open with the sun beating down on you all the time. Everything was very dry. That sun that is beating down on you is causing evaporation, which is leaving the area much drier than if the trees were there.”

“It broadened the way that I think,” Tidwell said. “It opened my eyes to other parts of the world. While we were there, I made new friends, and I am grateful for that. I learned a lot about myself, as well as the people around me. I definitely pushed myself a lot harder. Overall, I found new limits for myself.”

Tidwell will take his data — and his experiences — with him throughout the rest of his Radford journey, including presenting the data at the Undergraduate Research Forum and a forum dedicated to the research conducted during RARE. 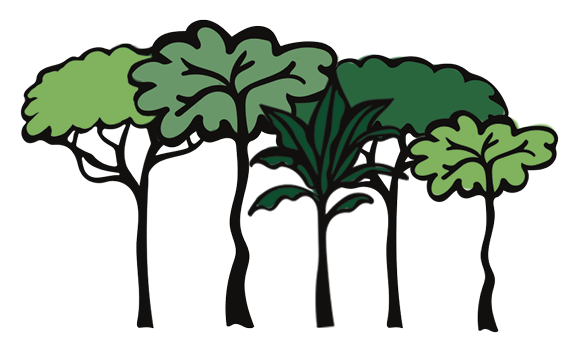