The Radford family expresses its sincere appreciation and lasting gratitude to Dr. Joseph P. Scartelli for his distinguished career and many contributions! 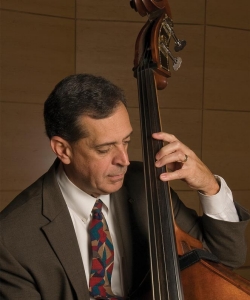 Dr. Joseph P. Scartelli is highly-regarded for his lengthy tenure at Radford University and significant impact in the Department of Music, the College of Visual and Performing Arts (CVPA) and the Office of the Provost. He is also beloved in the New River Valley and beyond for his active involvement and dedicated engagement on local and regional boards of directors for a variety of volunteer, professional and service organizations.

Dr. Scartelli received his undergraduate degree in music education from Mansfield University (PA) and the Master of Music in Music Therapy and Ph.D. in music education/therapy from the University of Miami, Coral Gables, Florida. He has worked as a public school instrumental music teacher in Pennsylvania and Florida and as a music therapist with a cerebral palsy, socially maladjusted and developmentally delayed children and adult populations.

From 1981 through 1989, Dr. Scartelli held the position of Program Director of Music Therapy at Radford University. Since 1988, he has served as the Dean of CVPA and Professor of Music. In December of 2009, he accepted the position of Interim Provost and Vice President for Academic Affairs at Radford University, returning to the Dean of the CVPA in July of 2011. He served an additional term as Interim Provost and Vice President for Academic Affairs from January to June of 2020.  In recognition of his accomplished career and selfless service, the Radford University Board of Visitors bestowed upon him the honor and title of Provost Emeritus.  Prior to his work at Radford, he was Director of the Music Therapy program at the University of Miami.

In addition to numerous scholarly publications, presentations and workshops, Dr. Scartelli currently holds membership on the editorial board of The Arts in Psychotherapy and recently completed a ten-year term (limit) on the editorial board of the Journal of Music Therapy, the primary scholarly publication in his field. He is the recipient of a Virginia Board of Education Resolution of Recognition for his work with the Radford University Summer Arts Conservatory, the American Music Therapy Association National Award of Merit, two Distinguished Alumni awards from Mansfield University, the Radford Chamber of Commerce Educator of the Year Award, as well as a variety of Who’s Who recognitions. He is a member of Pi Kappa Lambda and Phi Mu Alpha national music honors societies.

Dr. Scartelli has worked as a professional musician in orchestras, show and jazz bands for over 45 years and regularly performs as a bassist with Radford University’s Faculty Jazz Quartet.

Congratulations to Dr. Kenna M. Colley for this remarkable honor of Emeritus Provost and Professor! 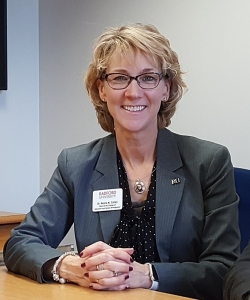 Dr. Kenna M. Colley received the honored designation of Provost Emeritus and Professor Emeritus upon her retirement from Radford University.  This lifetime appointment is bestowed upon Dr. Colley for her stellar leadership roles, spanning a 24-year career at Radford University. Dr. Colley joined the Radford University community in 1996 and served as grant director, faculty, program area leader, Director of the School of Teacher Education and Leadership, Dean of the College of Education and Leadership and Interim Provost and Vice President for Academic Affairs.  Under her leadership, Dr. Colley assisted in greatly expanding Radford’s academic offerings and programs and strengthened its accreditation footprint.

As chief academic officer, Dr. Colley was a key player in the merger of Jefferson College of Health Sciences and helped to establish the new Doctor of Education.  She devoted significant resources to developing new spaces and opportunities for students and new programs, such as the Venture Lab and the Military Resource Center, and helping to build cybersecurity camps for K-12 students, along with expanding opportunities for academics and research.  Dr. Colley worked to diversify staff and leadership roles and to develop a more inclusive environment, including revision to academic policies that enhanced the student experience.

Dr. Colley served as principal investigator for many federal and state grants, totaling over $33 million. Many of these grants provided community outreach to Southwest Virginia, as well as programs and services that benefitted University students and faculty.

Kitty McCarthy, Associate Provost for Enrollment Management at SUNY College of Environmental Science and Forestry, stated, “As I reflect on our time working together, I especially valued collaborating with Dr. Colley to support transfer students. Whether considering opportunities for one student or University-wide approaches included in initiatives, such as Transfer VA, Dr. Colley was a wonderful advocate for students and the many contributions they make to academic and student life at Radford.  Whatever program, service or idea Dr. Colley and I discussed, her perspective was based on student success. It was at the center of all of our conversations and always served as a reminder of why we do the work we do.”

Dr. Irvin Clark, former Associate Vice President of Student Affairs at Radford and now Associate Dean of Faculty Development and Administrative Affairs at Florida State University, Panama City, shared, “I would like to personally congratulate Dr. Colley on her retirement from Radford University as Emeritus Provost and Professor. I enjoyed working with her during our time at Radford, and I consider her not only a major contributor to Radford University’s success but also, an INSPIRER for all to emulate!  Her hard work and diligence greatly benefited Radford University, and I hope that all administrators, faculty, staff and students will continue to follow her stellar example of ‘going beyond the call of duty’ combined with her TOTAL LOVE for Radford University.’  Dr. Colley’s contributions to our overall mission and daily operations of Radford University have been sorely missed. I truly appreciated our time working together.  She is a living example of a servant leader with a heart of pure gold!”

Dr. Colley received a B.S. from the State University of New York at Geneseo, an M.S. from The Johns Hopkins University and an Ed.D. from Virginia Tech in Educational Leadership.