Content Disclosures: Radford University Theatre does not offer specific advisories about subject matter, as sensitivities vary from person to person. If you have any questions about content, age-appropriateness or stage effects (such as strobe lights or theatrical fog) that might have a bearing on patron comfort, please contact our office at 540-831-5141.  A list of specific advisories/disclosures will also be available at the ticketing table at the entrance to the theatre.

Tickets for all Theatre and Cinema performances are available online at https://rutheatretickets.universitytickets.com, by calling 540-871-5289, or during the week of the show, at the Theatre and Cinema Box Office, 240 Walker Hall.

The Twilight of the Golds Suzanne’s family is ecstatic to hear she is expecting her first child. But when a groundbreaking genetic test reveals the baby may be a little “different,” the family is thrown into a gut-wrenching conundrum that tests the bounds of tolerance and love. The emerging discord takes on operatic proportions in this evocative, eerily-timely drama, which may be more relevant now than ever.

The House of Yes 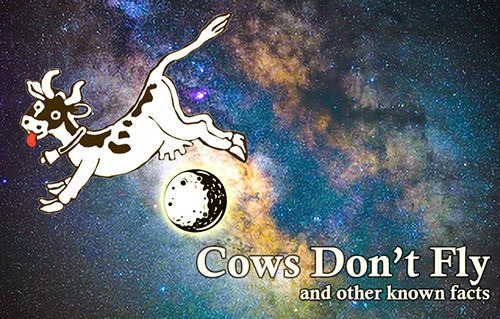 They’re creepy and they’re kooky, they’re the Pascals. Mom’s got secrets, little brother’s got issues, big brother’s got an announcement, and, oh, did we mention that sister’s got, well, a bit of an identity problem? Get ready for a good old-fashioned(?) family Thanksgiving in this “screwball black comedy” about people who only play by rules they make up—sometimes as they go. The Department of Theater and Radford University Art Museum will present two one act plays, The Girl Who Touched the Stars and The Priest and the Prostitute.

The first is a contemporary drama about an Indian woman and her quest to become an astronaut written and directed by Mahesh Dattani. The second is a farcical comedy based on a centuries-old folktale with traditional Indian music and dance elements written by King Mahendra Vikrama Pallava and directed by Dr. Farley Richmond. ​

The productions will be followed by a talk-back and panel discussions with directors and local theatre practitioners. The event is free and open to the public. Presented by The Indian Cultural Society Theatre of East Brunswick, NJ. Saturday, October 29 at 7:30 pm in Radford University’s Davis Performance Hall in the Covington Center. For more information, click here. The international bestseller and award-winning children’s book, The Rainbow Fish,* becomes a musical romp through the ocean! When the Rainbow Fish refuses to share his beautiful scales, the other sea creatures turn against him.  Unhappy he is no longer adored, the Rainbow Fish seeks out the wise Octopus who helps him learn it is far better to be admired for being kind than for being beautiful. Children and adults alike are sure to love this colorful, whimsical “fish tale” with its wonderful message of friendship and sharing. To recapture the carefree party days of college, best friends Matt and Davis embark on a wild spree in Amsterdam. Their subsequent involvement in a love triangle with a beautiful prostitute follows them back home to New York, where they discover truths that overshadow any romantic notions. From the imagination of Pulitzer-nominated playwright Adam Rapp, this harshly poetic drama is a heartbreaking look at how our delusions impact our realities.

Much Ado About Nothing Radford’s Shakespeare tradition continues with one of his most popular comedies. Don Pedro and his soldiers return from battles at arms on the field to battles of the heart on the home front. Featuring a dastardly villain, overheard conversations, disguises, missteps, and a pair of Shakespeare’s wittiest couples, this cast of characters will delight audiences as they sigh, spat, and spar in their attempts to navigate this minefield of domestic bliss. Projects of the Advanced Directing Class

Stay tuned. You know those “wild and crazy” directing students will cook up a potluck of this and that --adding up to a bumptious, but scrumptious, evening of theatre!