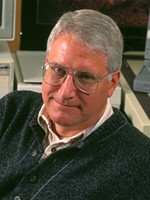 Dr. Watts specializes in engineering geology and is a Certified Professional Geologist in the state of Virginia. Dr. Watts currently holds the title of Dalton Distinguished Professor of Geology at Radford University, where he has taught since 1984. He is the author of ROCKPACKTM computer software, used internationally for analyzing the safety and stability of mountain slopes, mines, quarries, highways, buildings, and bridge foundations. During the 2001-2002 academic year, Dr. Watts is served as the GSA/USGS Congressional Science Fellow.

In addition to teaching various courses in environmental and engineering geology, he serves as a rock slope stability consultant to numerous highway departments, federal agencies, and engineering firms throughout North America. The Virginia attorney general's office, the U.S. Geological Survey, the U.S. Forest Service, and the Army Corps of Engineers are among those to have enlisted Watts' assistance. His projects have included FEMA studies in Hot Springs, Arkansas, evaluations of dam spillway stability adjacent to the San Andreas Fault, highway rock fall litigation support, and rock slide studies in Yosemite National Park in California.

Watts is the recipient of several regional and national teaching awards, including the 1998 Virginia Outstanding Professor Award from the State Council for Higher Education in Virginia. He recently appeared in a television documentary called SLIDE! on TLC (The Learning Channel) as well as on NPR (National Public Radio) while rock climbing during a rockslide investigation in Yosemite National Park.