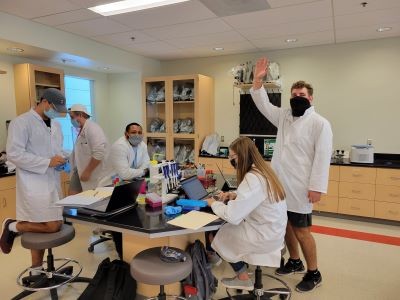 On campus, students from Radford’s Biology Department are participating in a nation-wide research project over the course of the semester discovering bacteriophages and describing gene function across their genomes. A bacteriophage is a virus that infects bacteria. Students are conducting this research which may lead to incredible discoveries in how genes are organized, distributed, and evolve across viral populations.

The PHAGES project focuses on isolating bacteriophages that are new to science using microbiology techniques. This part of the project is taking place in Dr. Justin Anderson’s BIOL132, Cell Biology course. After this process, student scientists add to the bacteriophage genome database helping other scientists work together to learn more. The GENES part of the project builds off of the findings in the PHAGES project by using recombinant DNA technology to learn about gene function of the bacteriophages, and is taking place in BIOL450, Molecular Biology, taught by Dr. Tara Pelletier and Dr. Amanda Raimer. 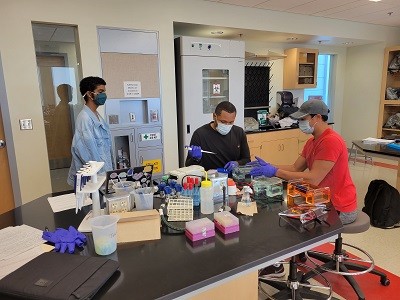 “This work is part of a nation-wide effort that documents the function of every gene in every genome of every newly discovered bacteriophage. Such discoveries hold the potential to greatly impact the fields of medicine and biotechnology.” Says Dr. Pelletier.

Junior student, Justin McLaughlin, who double majors in Biology and Psychology is involved in the GENES project. “My favorite part of being in the GENES part of the project is getting to practice techniques I’ve used in my DNA barcoding research.” He says, “Genetics is one of my favorite fields of science because there are so many unknown possibilities with learning more about genetic information from all organisms. The databases scientists and student scientists use to collaborate and learn from the work of each other is very helpful in understanding change over time and ways we can improve biotechnology and bioengineering techniques. Collaborating as a student scientist is very important to me and I hope that in the future scientists will continue to learn from each other.” 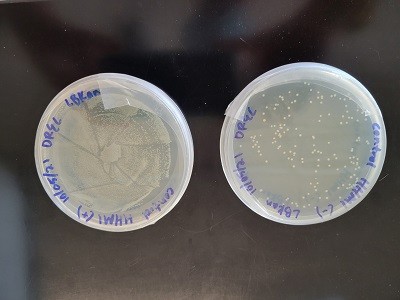 Another biology major, Damaris Forkey, says that the most satisfying thing about this project is the fact that many of the genes are unknown and they're the first scientists to experiment with those genes and figure out what they do. 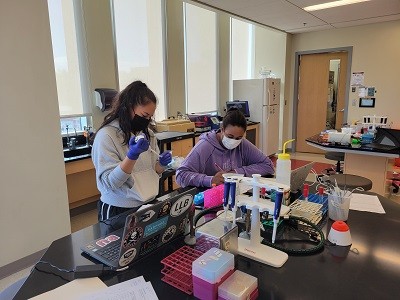