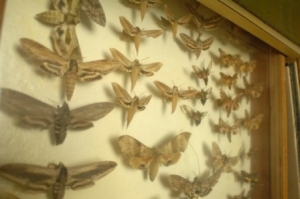 Major Contributors
Older specimen tags indicate that some individuals were donated to Radford University by the National Museum of Natural History (Smithsonian), the American Museum of Natural History, and others.  However, since the 1960s, the majority of plants and animals have been collected by former and current Radford University faculty and students. Contributors of numerous specimens include: