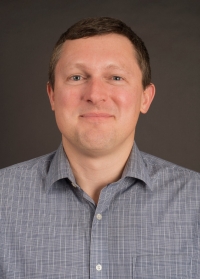 Dr. Daniel C. Reed is an Associate Professor in the Department of Political Science at Radford University.  Dr. Reed received a Masters and a Doctorate in Political Science from the University of Georgia.  His research and teaching focus on political parties, interest groups, campaigns and elections, and election and campaign finance law.  Dr. Reed has published several book chapters and peer-reviewed journal articles in publications such as Social Science History and Representation.  His teaching experience includes several courses in introductory American Government, Interest Group Politics, American Political Parties, Electoral Behavior, as well as Research Methods. Before joining the faculty at Radford in the fall of 2015, Dr. Reed taught in the Department of Government at American University in Washington, DC.

At Radford University, Dr. Reed teaches Introduction to American Politics, Political Inquiry, American Political Parties, Elections and Voting Behavior, and Scope and Methods in Political Science.  He approaches teaching as an opportunity to not only convey information, but to evaluate, assess, and reassess our own understanding of the subject matter that is discussed.  Rather than simply training future politicians and bureaucrats, Dr. Reed strives to push his students to become conscientious citizens and critical thinkers.

In the class room, Dr. Reed uses simulations, debates, and group assignments in addition to a traditional lecture format.  Dr. Reed’s goal is to create a classroom environment where students develop critical thinking skills and apply them to solving real world problems.  Students are challenged to “think on their feet” and to constantly reevaluate their own assumptions and beliefs about the political world.

Dr. Reed’s research focuses on the interaction between the public and political elites, in both electoral and non-electoral contexts.  This includes research on political parties and interest groups, the historical development and processes of elections and campaigns, as well as the impact of institutions and rules on the behavior of political elites.

Dr. Reed’s most recent published research is in the study of American political development, exploring changes in voter mobilization from the days of the party machines of the 19th Century.  This research examines how changes in electoral rules have influenced the practice of voter mobilization over time and how this has affected both voter turnout and the strength of third parties.

Dr. Reed is currently researching the effect of implicit attitudes on the formation of voters’ party identification.

In addition to teaching, Dr. Reed is active in service at Radford and in the discipline of political science.  He has served as a reviewer for numerous peer-reviewed journals, including American Politics Research, Political Research Quarterly, and Political Behavior.  He has served as an advisor to numerous political science majors, including several student Capstone projects.  In addition to his teaching here at Radford, Dr. Reed also serves as the Department of Political Science’s departmental Assessment Coordinator and the advisor to both the Young Democrats and the Pi Sigma Alpha political science honor fraternity here on campus.