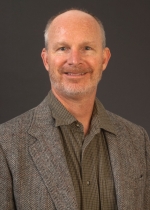 Bio: Dr. Guy Axtell is Professor of Philosophy and Faculty Fellow of the Radford University Honors Academy. He received the Outstanding Scholar Award for 2012-2013 in the College of Humanities and Behavioral Sciences. His research addresses areas of epistemology and analytic and comparative philosophy of religion. When not teaching or writing, “Dr. Ax” often seeks his ataraxia* through biking, tennis, skiing, windsurfing, and curiously speaking about himself in the third person.

Research interests: Sampling of recent and forthcoming research included below.

Papers and abstracts are available at PhilPapers and Academia.edu.