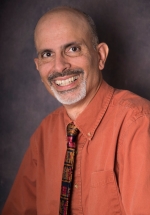 Matt Oyos specializes in teaching courses on the history of warfare, with an emphasis on the relationship between warfare and societal change. He also offers classes on the United States since 1945 and modern Latin America.  His research has focused on modern American military affairs, particularly Theodore Roosevelt and the development of the modern American military.  He has published on civil-military relations in the United States, the SALT II treaty, and other topics. His book, In Command: Theodore Roosevelt and the American Military appeared in 2018. This work won the Theodore Roosevelt Association Book Award in 2019. Dr. Oyos was the recipient of Radford University’s College of Arts and Sciences Distinguished Teaching Award for 2005-2006. He received the Distinguished Scholar Award from the College of Humanities and Behavioral Sciences in 2019.

Professor Oyos was trained as a military historian, but, as another military historian--much more eminent than himself--once said, what military historians really study at root, is not militaries, but war. War is a scourge, but it has long been an influence on human affairs.  A complete understanding of the past and present is not possible without examining war as a motive force in human history.  In his courses and research, Matt emphasizes, therefore, how wars shape societies and societies shape war.