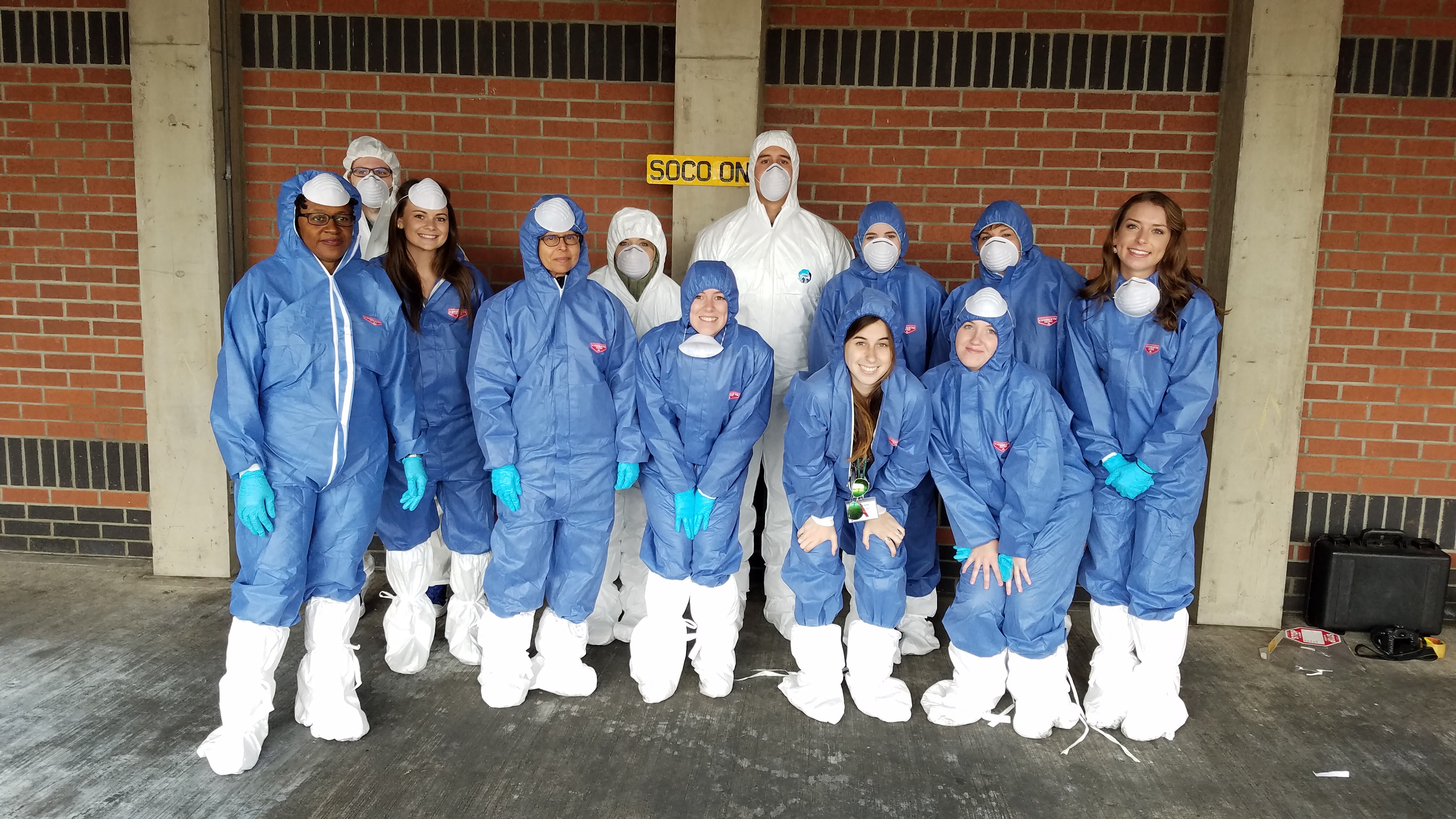 During Maymester 2017 the Criminal Justice Department’s study abroad program, led by faculty member Dr. Bakhitah Abdul-Ra’uf, traveled to Ireland.  The program was co-directed by Dr. Halide Salam from the Art Department.  Several CRJU courses and ARTS courses were offered including Forensic Art co-taught by Drs. Abdul-Ra’uf and Salam.  During the 2017 visit, numerous educational excursions were scheduled including a visit to the Maydown Police Department in Derry, located in the northwest region of Ireland.  In past study abroad programs, Dr.Abdul-Ra’uf has been successful in collaborating with agencies who have allowed CRJU students to have exceptional experiences abroad.  For example, Summer 1 2013, six students attended a police college in Finland during part of their visit.  Students were able to stay on the campus of the police college.  During that visit, students were able to see a props of a staged town used at the college, a rare occurrence.  The college is a four year program in policing where students receive a Bachelor’s Degree in Police Studies and attend the police academy after graduation which is also on the premises of the college.  While at the Police College, students were able to conduct experiments in the lab that included latent investigations.  Dr. Abdul-Ra’uf had traveled to Finland in 2012 to make preparations for the 2013 program.  In 2016, the Crime Scene Investigation (CSI) of Northern Ireland hosted 13 students. Additionally, during the 2016 program, Northwest Regional College hosted our students as they conducted experiments with materials used in arson related crimes.  This year was a little different, students were able to participate in a mock homicide investigation wearing full gear.

The idea of a Forensic Art course was introduced by Dr. Abdul-Ra’uf after researching the idea and finding that police departments are moving towards a trend to promote police as forensic artists.  Forensic art has traditionally been done by artist who worked with police departments in making composite drawings of suspects.  After consultation with ARTS colleague Dr. Salam, together they developed the course.  Dr. Abdul-Ra’uf is an anthropologist whose external research interest is the occupational subculture of the police.  She attended Tampa, PD’s police academy, as a recruit, and rode on the street with officers briefly after the class’ graduation.  She has observed as well as participated in numerous mock crime scene investigations while conducting ethnographic research.   In 2013 she conducted an ethnographic study of the Blacksburg Police Department. Police and Society is one of the department’s offering in which Dr. Abdul-Ra’uf has taught for several years.