What Teaching Literature Has Taught Me

Submitted on the occasion of her retirement in the Spring 2020 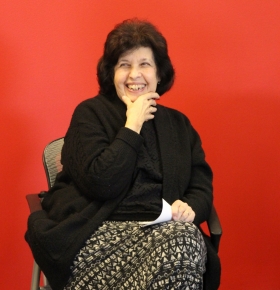 When I was a teenager, I thought I was pulling a fast one on my parents by telling them I was going to my bedroom to do homework, then shutting the door and reading novels.  Little did I know, this was actually preparation for a career where I could spend my days doing what I loved and actually getting paid for it.  Those 50 years of studying literature along with my students went by way too fast, and teaching was always a joy—except maybe with that class that hated Thoreau because he mooched off his mother—and often a respite from my chair duties.  As much as I loved reading and preparing how to address the assigned novel, short story, or poem, the greatest happiness came when my students let me see something I did not previously see. 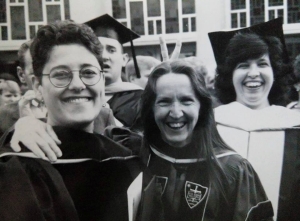 Often their life experiences taught me things.  We were studying Edgar Allan Poe’s short story “Berenice.”  For those of you not familiar with the story, but familiar with Poe as a horror writer, it would not surprise you that this story involves a mentally ill narrator who suffers from a compulsive disorder Poe calls monomania.  The narrator Egaeus becomes fixated on his cousin’s teeth and, in a moment his consciousness deprives him of, visits her supposedly dead, but actually catatonic, body and yanks them all out.  As we explored Poe’s knowledge of mental disease and the effect of this horror on the reader, one student whose father is a detective said that perhaps, because teeth do not disintegrate and are often used to identify otherwise decayed bodies, this was his way of keeping her alive.  This, in turn, opened my eyes to the correlation between what Poe is doing in his popular horror stories and the more astute scientific exploration he makes in such works as his prose poem “Eureka.”  As he lived a troubled life, in many ways Poe yearned to understand the cosmos and eternity.  What I had seen as disparate endeavors, my student made me realize were more unified in Poe’s thinking. 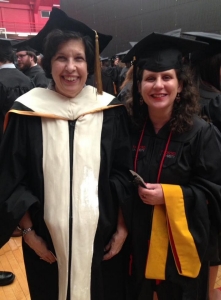 And I came to a better understanding of the twenty-first century woman as we studied Kate Chopin’s The Awakening and, in another class, Edith Wharton’s House of Mirth.  For years I puzzled over both protagonists’ deaths at the end of the works.  Was Edna just reacting to the abandonment of her lover or was she aware that anything she did to liberate herself would ruin the lives of her sons?  Poor Edna!  And poor Lily!  So distraught over losing all her money that she took the overdose rather than admit she loved Selden and could settle for a middle-class life.  As a teacher, I could commiserate with their lack of choices.  But not my students!  They did not want to talk about what could have motivated Edna to walk into that water to her death.  No, they wanted her to take her husband’s money and move to Paris and become an artist!  And as for Lily, they could not see themselves not just phoning up Selden and letting him know he was the one.  You might say they are oblivious to pre-feminist days, but I prefer to think we first-wave feminists have liberated their thinking.  The patriarchy may still be all around us, but my students have given me great hope. 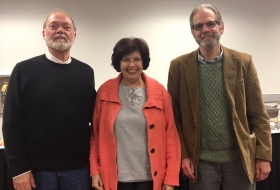 And finally, trying to teach two of my favorite poems—“Fern Hill” by Dylan Thomas and “Spring and Fall” by Gerard Manley Hopkins—refreshed my memory about what it was to be in my early twenties.  Over the years, Thomas’ nostalgia for his youth among the apple trees where “[he] sang/ In [his] chains/Like the sea” and Hopkins’ mature connection between Margaret’s grief over falling leaves and her own mortality spoke to me poignantly about the shortness of life.  But my students, I realized, as they sat there politely but unmoved, didn’t get it.  They were, I realized, more akin to the playful young Thomas and the sensitive but analogy-free Margaret.  So to them—to all of them, even my first students who are grandparents themselves today-- I say with e e cummings:  “You shall above all things be glad and young.”