Submitted on the occasion of his retirement in Spring 2020 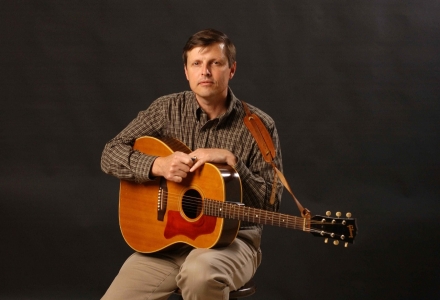 When I was a senior in high school a guidance counselor told me that a person with a bachelor’s degree in history, my favorite high school subject, had two career options in a place like Floyd County, Virginia: teach history at the high school or sell insurance. Perhaps his insurance agent had a degree in history. Or, as a part-time minister, he himself may have viewed history as essentially a series of debilitating accidents, untimely deaths, and natural disasters, hence a convenient catalog of sales-pitch examples. In either case, neither option was appealing, so rather than disappoint my teachers by not going to college at all, I enrolled in a two-year machine shop course at New River Community College. When that was finished I got a job, bought a good car, and started saving money for some ill-defined future project, which turned out to be studying history at a university without having to teach in a high school or sell insurance for years after to pay for it. 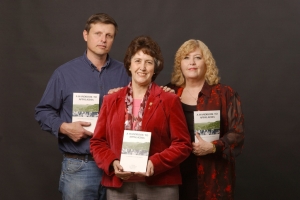 The machine technology curriculum and the four-year apprenticeship that followed were focused on a specific set of skills and a body of knowledge that were all in some way related to making useful objects with machine tools or to creating and maintaining a particular class of the tools that in turn mass produce industrial goods. The math courses emphasized geometry and trigonometry. The English courses were composition and technical writing, without poetry or fiction. The closest things we had to art were mechanical drawing and reading blueprints, antique examples of which are sometimes displayed as art and can be pleasing to look at despite being all the same color.

At the end of six or seven years, I had a job that was in some quantifiable ways better than the one I’m about to leave, but I knew from talking to former teachers and others with four- year degrees that something I had wanted and expected from a college education was missing. So, at about the same time that I entered the apprenticeship I had moved to Christiansburg, between my job in Blacksburg and schools in Dublin and Radford, and began taking night courses at New River Community College so I could transfer to Radford and find out for myself what I had missed. 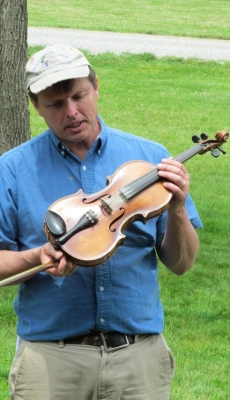 Out of more than one hundred quarter hours accumulated in the machine technology program, only three—either metallurgy, which seems unlikely, or public speaking—could be transferred to a state university. The courses I had to do over included three quarters (equal to two semesters) of math and three quarters of freshman English. Courses I had not taken before included physical education, social studies, and one quarter each of psychology and economics. I don’t remember being upset about having to do things over or questioning the judgment of the people who determined the number and range of courses that collectively qualify as a “general education.” I do remember enjoying the classes, taking from them facts, skills, and attitudes that have been useful to me as a teacher and a scholar and a person.

The math courses refreshed what I had learned in high school algebra classes and also confirmed my decision to pursue history at Radford rather than engineering at Virginia Tech.

The texts for the three quarters of freshman English were the Harbrace College Handbook, which I used throughout the twenty years I taught English 101 or 102 and begged students to hold onto afterward, and Laurence Perrine’s Structure, Sound, and Sense, which included Percy Shelly’s “Ozymandias.”  The multiple readings and class discussion required for me to grasp the ironic double meaning of a line inscribed on the base of a fallen statue, “Look on my Works ye Mighty, and despair!” are part of why I tell every literature class that a verse that can be fully understood in one quick reading may be just the thing for a Valentine’s card, but isn’t truly a poem. The text included also Edwin Arlington Robinson’s “The Mill,” which includes the prophetic line, “There are no millers any more,” before ending with the separate suicides of the miller and his wife. I thought about that poem twenty times as I was writing a history of the water-powered mills, and by association, millers, in Floyd County, of which, today, there are none. More than a century after it was written, my own English 203 students have no trouble relating to modern life Robinson’s equally dark “Richard Cory,” which I also first encountered in that class. 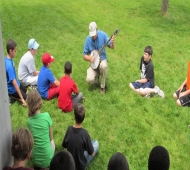 In the context of composition, I learned, again, that writing is difficult, and have since accepted that it never gets any less difficult to do, or to teach. Even though the results may become predictably better, the standards we apply to our own writing become stricter. Hence, becoming a better writer requires becoming a better reader of one’s own writing. As suggested by the title of the text just mentioned, structure, sound, and sense, are inseparable, but courses emphasizing all three without the added burden, to teacher or student, of conveying or learning specific factual content provide practice that writers at every level can use.

Courses in psychology and economics taught me that essay questions, as complements to the recollection of distinct objective facts, compel students to assemble coherent pictures from what may otherwise be collections of unrelated dots. The economics professor’s final exam asked us to describe the economy of Heaven. A paper assigned in the psychology class asked us to explain the mental processes that allow a human, having spotted a ground hog in a nearby field, to determine without conscious thought that the groundhog is a groundhog and not a squirrel or a rabbit or small brown dog. I’ve never given an exam that didn’t include essay questions, albeit not as creative as these, or taught a course that didn’t include at least a few written assignments.

Before attempting courses in the history major, I took two or three quarters of Western Civilization at NRCC and have also taught American Literature from an historical rather than thematic perspective, presenting literary periods as both causes and consequences, as both provocation and response to historical events and circumstances.

For my laboratory science I chose physics, because of my background in the machine shop, and because I’d always wondered how the state police can tell how fast a wrecked car was going by measuring the skid marks, which method, I guess, has in the meantime been made less useful by antilock brakes. The rate at which falling objects accelerate in a vacuum or the coefficient of expansion of aluminum have not been useful in any of my classes or, very often, around the house. But as a scholar, a basic familiarity with the law of conservation of energy and the effect of gravity on water was immensely valuable in explaining, in the mill history mentioned earlier, the functional differences between the iconic overshot waterwheel and submerged high-speed turbines that now generate practically all the hydroelectric power produced in the United States. Also, the stereotype of scientists as humorless people was undone by a warning posted on the door of the classroom where the weekly labs were conducted in Curie Hall: “Do Not Look Into Laser With Remaining Eye.” 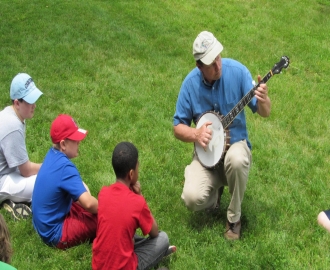 The highpoint of the music appreciation class I took at RU was assembling in Preston auditorium to hear the professor play the marvelous pipe organ whose multiple keyboards are usually hidden (or were then) on an elevating platform beneath the floor in front of the stage. I remember that experience, and use it as an example, every time my English 203 students wrestle with the text-message riddles of Emily Dickinson, specifically the poem that begins, “There’s a certain slant of light, Winter afternoons—That Oppresses, like the Heft of Cathedral Tunes.” I didn’t always find time to include Appalachian folk music in composition courses, but have typically done so in ENGL 203 and APST 200, as well as Appalachian Folklore, having assumed that to many students fiddle and, especially, banjo tunes are as exotic as “Till Eulenspiegel’s Merry Pranks” and excerpts from “The Four Seasons” were and still are to me.

Whether or not they impart any of the accumulated wisdom promised by Dean Smith, I have enjoyed remembering these experiences, as student and teacher, all of which in some way pertain to courses taken or taught for general education credits. I enjoyed taking these courses and, despite wishing many times that I could put my tools away, punch out, and go home at 3:00 PM, have enjoyed teaching at least one general education course in every fall and spring semester for the last thirty-two years. 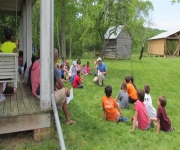 The experiences of one person prove nothing, but at the end of my career I am persuaded that considering the lived experiences, good or bad, of other people, and the perspectives of other cultures and nations and academic disciplines, does enhance formal education and improve our own lives and those of people we encounter throughout our lives. Although this belief flies in the face of a considerable body of evidence to the contrary, e.g. the majority of human history, it reflects a fundamental optimism that humans do enjoy learning for the sake of learning, and can become more sympathetic and empathetic through vicarious experiences. I think that this hope and this faith in human nature are the main reasons for including a broad range of disciplines, such as visual art, music, sociology, literature, and history among courses required of undergraduate students not majoring in the fine arts or the humanities. 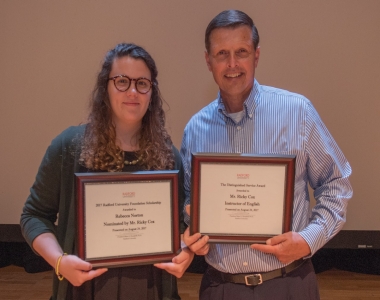 This belief is at the same time a reason for compelling humanities and fine arts majors to gain some familiarity with the methods, perspectives, and habits of mind of mathematicians and scientists, and thereby perceive the value of the quantitative as both counterpoint and complement to the qualitative. Considering the immediate crisis of the Corona virus, and the looming peril of climate change, it is difficult to recall or imagine a time in history when it has been more important for ordinary people and their elected leaders, who are presumably educated people, to understand the rigor of scientific methods and the insistence on reproducible results that underlie consensus reports and recommendations from a non-partisan scientific community.

It is necessary and natural that succeeding generations of university faculty, individually and as deliberative bodies, answer this question: Do largely intangible benefits that may take decades to become apparent in the lives of students and the people around them justify the time and expense of courses that lack obvious and immediate relevance to careers? Were they available, the testimonies of my own students of freshman composition, American literature, and Appalachian studies, some now fifty years old, would offer more credible support for either conclusion, yes or no. Perhaps the class of twenty-years-ago should be surveyed whenever a curriculum is being overhauled. In the meantime, speaking for myself at the end of my teaching career, the answer to this question is, “Yes, they do.”