Submitted on the occasion of his retirement in Spring 2021 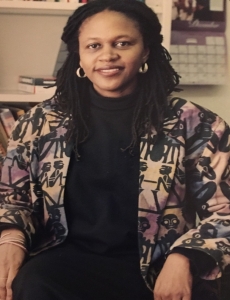 I began my PhD studies in Public Administration & Policy in 1980 and immediately became interested in the Organization Theory sub-field of Organization Change. That intellectual curiosity later led me to conduct an A/B quantitative dissertation study - - with 400 participants - - to determine whether a shift from an autocratic to participative work culture in the USPS increased job/reward/intrinsic /influence satisfactions.  I also interviewed over 100 letter carriers and managers to solicit their views on the change intervention. This quantitative analysis supported the hypothesis that a causal relationship exists between participative management and improved job satisfactions.  The qualitative research explained “how and why” respondents perceived the change intervention. Moreover, this qualitative component of the mixed methodology came from the field of Sociology’s interpretive paradigm construct that seeks to understand social phenomena from the standpoint of the actors involved. 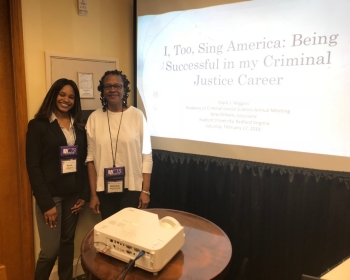 Over the ensuing years, I researched and published on organizational change processes in additional public agencies, business organizations, and non-profits. As part of this research agenda, I’ve looked at the effectiveness of transformational leadership, charismatic leadership, and innovative pay strategies - - along with participative culture - - as the lead change variable in organization change processes. However, none of these variables has proven especially successful in either predicting or facilitating the desired changes in human behavior and organizational culture.  Consequently, the question of why people resist change that benefits both individually and organizationally continues to vex organization change theorists despite the enhanced sophistication of the lead change variable.

In my dissertation study, I was engaged in what the late business management professor Sumantra Ghoshal termed intellectual pluralism or what Ernest Boyer famously called the scholarship of synthesis; that is, the utilization of scholarship across various social science disciplines.  However, in my later research, I focused primarily on Boyer’s scholarship of discovery (research) where the goal was to constantly fine-tune the leadership or redesign theories thought to mechanistically facilitate change.

Why?  Primarily because the field of Public Administration had, in the words Harvard Public Management professor Steve Kelman, “ . . . taken a separatist turn over the past 25 years by fixating on the ‘public’ part of public organization and neglecting the ‘organization’ part that connects the field to the larger world of organization studies.”  In doing so, public management’s identity was primarily shaped by its uniqueness features rather than cross-disciplinary influences from other social science disciplines, especially Sociology. Journal editors and reviewers wanted manuscripts that highlighted the uniqueness of organizational change in public organizations - - not what they considered the sociology of change in public organizations.  In a world of supply and demand, I gave the PA journal gatekeepers the paradigm verification they wanted. 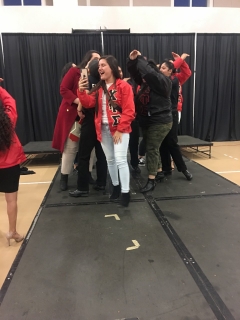 However, as a Public Intellectual, I had other mediums (e.g., newspaper columns, consulting, media interviews, etc) that (a) allowed me to to synthesize organization theory strategies with Social History narratives and (b) better understand why organization change processes are successful or not.  The medical community - -where over 360 million patients were involved in A/B studies between 2007-2017 - - was especially interested in merging organization change processes and Social History narratives to facilitate successful change interventions.

For example, I have a neighbor who is an OB/GYN and recently explained (in exasperation) how he could not convince an expectant mother to take the whooping cough (pertussis) vaccine during her pregnancy. New born children cannot begin the whooping cough vaccine series until they are two months old so there is a 60-day "window of opportunity" for babies to contract the disease.  However, if the mother takes the vaccination in-vitro between 27-36 weeks of gestation, the anti-bodies are passed to the child before he/she is born providing critical protection for the first two months after birth.  However, significant numbers of women don't take the vaccine despite the pleas of their physician. 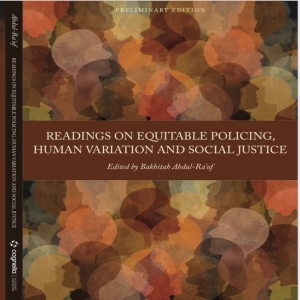 My neighbor chalked this resistance up to anti-intellectualism or those who demonstrate a preference for intuitive experience or practical experience as opposed to empirical facts (that is, A/B scientific outcomes).  I agreed this may be the reason for his patient’s reluctance but suggested he ask if there were any negative historical experiences - - concerning vaccines or with the medical establishment - - the expectant mother had suffered personally or heard via cultural folklore.

To my neighbor’s surprise, his patient informed she had been influenced by the fraudulent research that appeared in a 1998 issue of the prestigious British medical journal Lancet that supposedly demonstrated a causal relationship between the measles/mumps/rubella (MMR) vaccine and autism.  Although Lancet later retracted the article (the lead author was funded by attorneys who were engaged in lawsuits against vaccine-producing companies, the researchers “cherry picked” data that supported their hypothesis and thus, falsified empirical facts, etc) the article received wide-spread publicity and now forms the basis for the global anti-vaccine movement. Consequently, many parents worldwide do not get their children vaccinated against MMR and thereby expose them to risk of disease and well-documented medical complications.

Another Social History narrative helps explain the current resistance to the Covid-19 vaccine in the Hispanic community.  In March 2021, USA Today reported that low-income Hispanic women in California were vaccine hesitant because many had been involuntarily sterilized when giving birth in that state’s hospitals during the 1960s-1980s.  Although the California legislature later banned the practice of eugenics, the fear of the medical establishment remains high with Latinas.

Likewise, many African Americans are Covid-19 hesitant because of the infamous 1930s Tuskegee syphilis longitudinal study conducted by the U.S. Public Health Service. Negative social experiences, once deeply-embedded in either an organizational or ethnic culture, must be honestly addressed before the change intervention can be successful.

During my interviews with USPS managers in the dissertation study, most did not like the change intervention and feared self-managing work teams would lead to the loss of managerial positions.  Their fears were not irrational.  At the time, the span-of-control of managers/workers was 1-8.  However, if self-managing work teams were successful, the span-of-control would be 1-40.  Although the study was sent to USPS Headquarters in Washington, DC, the concerns of lower-level management were never addressed.  As a result, (a) managers nationwide sabotaged the change intervention (b) the organizational culture remains autocratic, and (c) the agency continues to be perceived as inefficient.

My experiences over the past 40 years have convinced me that social science disciplines dramatically need to employ  Boyer’s scholarship of application - - where multidisciplinary expertise benefits the broader society - - if they are to remain relevant. Otherwise, questions of societal and institutional legitimacy will continue to plague those academic disciplines that chose isolation over intellectual pluralism.