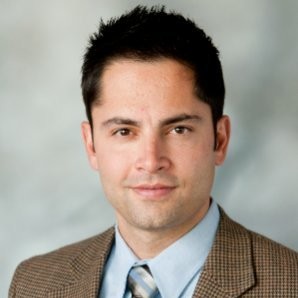 After graduation Tariq Bokhari ’03 and his wife Krista Bokhari ’03 took a risk and moved to Charlotte N.C.  Little did they know, he was about to stumble upon a new passion that made taking risks a part of his future when he landed a job in risk management.

“In risk management you are a cost center.  You’re hired by a particular company because they have a need and it is your job to address it.  I focus on building a program that will not only fix their temporary issues, but will also benefit them in the long run,” says Bokhari.

Bokhari’s first job was with Wachovia where he learned the basics of risk management.  “It was ground zero for them, and I started developing a passion for a field that had only just begun,” says Bokhari.  Today, Bokhari is the head of enterprise and operational risk for Fidelity National Information Services (FIS), which is the world’s largest technology and software provider to banks.

Bokhari has helped solve the financial problems of Wachovia, Wells Fargo and GE Capital, the financial services unit for the American conglomerate General Electric.  With his accomplishments, the Charlotte Business Journal honored Bokhari with the 40 under 40 award.  “I received the award due to being a leader at Wachovia and Wells Fargo and being involved in my local community,” says Bokhari.  Bokhari has also written multiple publications pertaining to risk management and was a guest lecturer on the subject at University of North Carolina Charlotte (UNCC).

“What makes me love risk management is the same thing that makes me love Charlotte and even Radford.  It is uncharted territory.  It is an open field where you have room to blossom,” says Bokhari.

In the last few years, Bokhari has dreamed of running his own business.  Just recently he has the opportunity to realize that dream.  With a new business in the making, Bokhari hopes to provide services to financial institutions across the globe.

No matter the work, Bokhari is certain the real world leadership experience he received at Radford in addition to the interpersonal skills he learned, have been an advantage for him in the competitive work force.

“As a student I was heavily involved.  I was a brother of the Sigma Nu fraternity and president of the Interfraternity Council.  I worked four jobs simultaneously and even ran for president of the Student Government Association.  The skills and experience I gained from these positions have helped me become the professional person that I am today,” says Bokhari.

Bokhari says RU connections are strong for many alumni.  “When I first started out in my career, traveling and meeting clients was crucial.  I was traveling to Florida with two colleagues for a professional sit down with a new client.  After 45 seconds, I could tell that I liked the client.  Somehow the topic of where we went to school came up and ironically he and I both went to Radford.  Neither one of us needed to say another word, we instantly had a connection.  The bond Radford graduates have is simply unexplainable,” says Bokhari.

Taking risks and solving problems is second nature for Bokhari.  “Over time you develop a strong moral compass and find yourself challenged with difficult choices that you are forced to make.  No matter the decision though, each time you become stronger and wiser in the field,” says Bokhari.  Taking a risk is often intimidating, but for someone like Tariq Bokhari, it is a way of life.