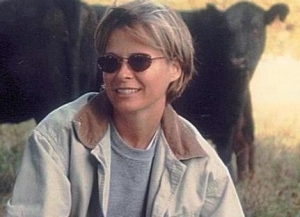 Alumna exemplifies persistence and creativity while pursuing her dreams.

Penny Pennington ’83, a writer, producer, and filmmaker, recently published her debut novel, "It Burns a Lovely Light.”  The inspiration for her novel came to her early in her career as she worked on films in Pittsburgh.  "We were constantly filming on sets built in abandoned steel mills; evidence of Pittsburgh’s abrupt loss of its great steel industry," said Pennington.  Impressed and inspired by stories of Pittsburgh’s reinvention and ultimate renaissance, she began compiling notes for a book. “Although it took fifteen years for me to finally put pen to paper.”

"It Burns a Lovely Light" parallels the implosion of a young woman's life of privilege with the sudden demise of Pittsburgh’s steel industry.  Seen through the eyes of an eccentric group of people in a boarding house overlooking the city, the book spans the 70s, 80s and 90s.  However, the issues the book explores such as loyalty, resilience, intolerance, and the true meaning of family are timely.
"I enjoy making people laugh, while I’m subtly ripping their heart to shreds," says Pennington.  One of Pennington’s first production jobs was as the extras’s casting assistant on the 1991 remake of “Night of the Living Dead.”  "I was the official zombie wrangler," laughs Pennington.  “There is so much down time working on films.  I used that time to learn as much as I could about filmmaking.”  Over the next three years Pennington worked with actors such as Christopher Reeve, Jeff Daniels, Christina Lahti, and Harvey Keitel.  Pennington – along with a number of local production workers - were called upon occasionally for odd jobs on the set of “The Silence of the Lambs,” which was filmed in the area for more than a year.

Pennington already has another book in the making, although she’s not giving away any specifics.  In the upcoming months she will focus on promoting her book with the help of Daisy Venners, her daughter and publicist.  Daisy works for MELT, a college sports PR firm in Atlanta, Georgia.  To date, Daisy has arranged meetings for Pennington with CBS Radio, NPR, and various magazines and publications to discuss her book.  Pennington's book is available in libraries, Amazon, Barnes and Noble.com, select bookstores, Kindle, Nook, and an increasing number of venues.

Asked for a few words of advice for current Radford students, Pennington replied, "Whatever it is you want to do: write, act, teach - or bake mud pies, for that matter – find a way to make it happen.  Keep trying.  Don’t give up.  If you’re passionate about something, it will show through in your work.”