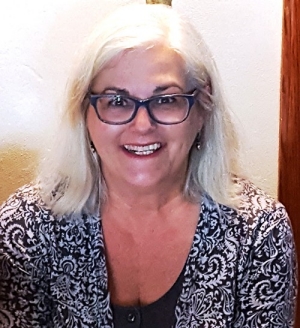 As the final bell was about to ring to end another school day, a scared little girl grabbed the substitute teacher’s leg and asked to go home with her.

“She was afraid of her mom’s boyfriend,” said Nancy Bell ’82, the third-grade class’ fill-in teacher for the day at a Martinsville school. “He watched her after school.”

Bell was then working as a grants writer and public relations officer for the school system. She sometimes substituted and, over time, talked with other students and learned many of them left the comforts of the classroom each afternoon for unfavorable living conditions. “Some of them go home by themselves, lock the door and turn off the lights because no one needs to know they are there alone,” Bell said.

“We can’t have this,” she continued, thinking back to her conversations with the school children.

Bell was offered the grants writer job partly because of her leadership in fundraising efforts that previously had secured a $24,000 grant for Franklin County schools to build a greenhouse. She was confident she could help raise money to establish a safe place school children could go after school.

“I went after a very competitive federal grant and got a little shy of a half million dollars to start the Boys & Girls of the Blue Ridge in Martinsville,” she said. “That wasn’t enough for Boys & Girls Club of America to recognize us, so we raised the rest of it the hard way – by asking for donations.”

Boys & Girls of the Blue Ridge is now a tremendous success, serving about 800 Martinsville-area children. “After school is primetime for crime against children and primetime for children getting in trouble by committing crimes themselves,” Bell said. “The Boys & Girls Club there is really changing lives.”

It’s a demonstration club and people visit from all over the United States to see what’s happening there. They have a steel drum band and offer computer and learning stations in which high school students can gain Microsoft certification. Besides raising her four kids and being a foster parent to two others, Bell said establishing the Boys & Girls Club is probably her “proudest accomplishment.”

Bell’s dynamic and tireless efforts of kindness have not gone unnoticed. Martinsville named her Citizen of the Year in 2002 and it’s Non-Profit Leader of the Year in 2012. In the spring, Radford University’s College of Humanities and Behavioral Sciences (CHBS) presented her with the CHBS Alumni Award for 2016.

“It didn’t sink in right away,” Bell said days after learning she had won the award. “I was really surprised and really, really honored because I just love Radford.”

The alumni award is given annually to a person who has been a leader in the community and has had a distinguished professional career.

“Nancy has provided transformational leadership to her community through her many successful philanthropic efforts, which resulted in millions of dollars in grants to serve those in need,” CHBS Dean Kate Hawkins said.

Before transforming lives for the better through fundraising, Bell was an award-winning journalist, writing for the Roanoke Times, Radford News Journal and Martinsville Bulletin. She also founded a children’s newspaper, Kids’ World, which was distributed for free in Roanoke public schools and provided educational material for kindergarten through eighth-grade students.

Bell was born to be journalist, she said, and worked diligently to hone her craft of reporting the news and telling creative stories through her writing.

It all began at Radford.

“As a freshman, I worked hard and became feature editor for the Tartan and by my junior year, I was editor,” she said.

Writing for the campus newspaper in the 1980s was “cool,” Bell said, “because we were militant journalists back then. For example, when Radford University “President Donald Dedmon built the Dedmon Center, our cartoonist drew it to make it look like his bald head,” she said, laughing while telling the story. “We got called on the carpet for it, but it was real journalism.”

Editing and writing for the Tartan and her classroom experiences made Radford University a true training ground for Bell’s then future writing career. She credits a sociology class for sharpening her interviewing skills and a professor for the newsroom-like atmosphere she established in her classroom. “Radford made me a good writer,” Bell said. “I didn’t realize how well Radford had prepared me until I had my first job, and I started winning press awards.”

Bell’s professors helped her get a jumpstart on her career, too, through securing internships with newspapers and Blue Ridge TV. “Anything I wanted, Radford made it happen,” she said. “It was the perfect place for me to go to college.”