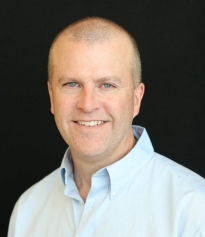 Mason Gates '89 had never set foot on campus prior to committing and sending his deposit to attend.  “The Radford representative, who came to my high school, sold me on the university.  I applied and was accepted. It was one of those things -- the moment I was there, it was home," says Gates.  Gates became passionate about the creative side of business and majored in marketing.  The ambition didn't stop there, "I ultimately knew I wanted to start my own business," says Gates.  He, along with the talented teams around him, created four.

After the successful development of two companies under his belt, Gates began Internships.com.  "I would tinker with the idea of students, jobs and how companies had a hard time finding prospective employees," says Gates.  Before nationally launching his company, Gates tested his ideas on students at Radford University.  In 2003, Gates launched InternDirect in conjunction with Radford’s career center. It was a site where employers could connect with interns for virtual internships.  In the first month, 39 students registered with the site in hopes to find their perfect internship match.  By the time Gates grew the company into Internships.com and successfully exited in 2011, a student would register every three seconds and a company every seven minutes.

Not long after founding Interships.com, Gates was in Kansas City becoming certified to give instruction in entrepreneurship.  "When I was on the shuttle heading back to the airport, a young man sat next to me.  We began talking about why we were in town.  He told me about his interview with an employer he connected with through Internships.com.  I smiled and I told him I founded the company.  Right then, I realized I was making a real difference in people's lives.  I was very proud of this company.  It was such a powerful feeling," says Gates.

Today, Gates is Director of Business Development for CSO Research.  CSO (Career Service Office) is a company that helps to launch the careers of the college-educated workforce.  They automate the entire career services process for educators in college and university career services, cooperative education, internship, and student employment offices.  CSO serves 840 universities in 11 different countries, one being Radford University's database, 'Hire a Highlander.'  "I help develop ideas.  I put all the data we receive into a 'bucket' and assist in creating something new," says Gates.

With all of his success and creativity, Gates refers back to his starting point-- Radford University and the school newspaper.  He began running the new college newspaper, 'The Perspective,' from Mike Morsberger ‘87 and Mike Morrison ‘88 upon their graduations.  “I learned how to run it profitably and even tried to expand the audience of the paper to a state-wide level.  My first nuggets of risk and success came out of Radford University, and I am forever grateful," says Gates.

Gates encourages students to continue learning after college.  "It is a changing world and it is always going to be.  You need to realize what you do after college isn't going to be what you do for the rest of your life.  I started my college career with no family history.  I didn't give up and I didn't stop learning.  Education is continual.  Embrace that, prepare for it-- it's reality," says Gates.