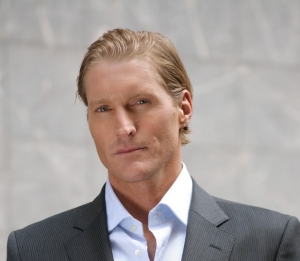 He is currently involved in three business ventures -- Partner in Brand Ingenuity Group specializing in the sales of supplements and beauty products using online direct response marketing strategies; Founder and CEO of The Executive Sales Source, a company that helps entrepreneurs close more business and become more profitable; and does Business Development work with The Genius Network Mastermind Group, a group of successful entrepreneurs that offers connections, strategies, and motivation to other entrepreneurs.

For Donahue it all started in the classroom of Dr. Jim Unnever at Radford University.  "If I had to pick a professor who changed my life, it would be him," says Donahue.  Unnever encouraged Donahue to think critically about the world and his place in it.  "I was raised in a community that taught me you always follow the rules and don’t question, but Dr. Unnever taught me to question.  From that day forward, I did, resulting in the adventurous person I am today," says Donahue.

Donahue graduated with a criminal justice degree and began his law enforcement job search.  “The process for getting a job in law enforcement can be long and drawn out.  One incident I clearly remember with one agency made me reconsider my career choice.  You had to take a physical test before you can be considered for the job.  The test was to do 16 push-ups in one minute," says Donahue.  After the minute had passed, Donahue said he had completed 52 push-ups.  The officer counting told Donahue he only completed 13 push-ups and failed the test.  "After a heated discussion, I realized I didn't like rules.  Why do I want to be in a career where that is all I would be doing – following the rules," says Donahue.  Donahue walked away from law enforcement and connected with a fraternity brother who was working in the construction equipment sales business.

After the business became a success, Donahue was ready for a different challenge.  "I wanted to be in a suit and work with executives," says Donahue.  He sold software and consulting services to national clients for Computer Associates for about five years -- then needed a change.  "I decided I was tired of that work and was ready for some adventure again.  I took a year off and traveled," says Donahue.  While traveling he found his next job with a company called ZyLAB in Amsterdam.  "I was the Director of Business Development and used my sales experience and my entrepreneurial vision to help high profile clients," says Donahue.  Donahue used his skills in software solutions and leadership to help clients such as The World Bank, The White House, the CIA, the FBI and the US Department of Justice.

"Looking back now, I am amazed that I was often the government's go-to guy for investigation and archiving software solutions.  I realized though that I had an entrepreneur's mind set, and I wanted to provide value to the world through my ideas," says Donahue.  After sticking with his motto of taking on adventure, Donahue decided he was done with the suit and tie and was ready to move on.  "I wrote down things I wanted to accomplish, sold most of my property, and moved to Costa Rica," says Donahue.  There, he looked for opportunities to serve others and became involved in the church.  "I went from working with the White House to the beaches of Costa Rica.  I wanted to explore.  I realized that I was a person who loved freedom and always wanted to know what's next." says Donahue.

After about two years, Donahue came back to the United States and became a full time entrepreneur.  "I now have three of my own companies, that are all different and are all a part of who I am," says Donahue.

"I believe God gives us all gifts. I have the gift of inspiration and communication.  For the rest of my life, I want to inspire people, connect people and be the voice and spokesperson for my companies," says Donahue.  He encourages students to dream big.  "Too often we are taught not to dream, but I encourage people to dream bigger! Put yourself out there and take risks!" says Donahue.  "Write down your dream and never stop living it.  Life is a movie, write your own script."