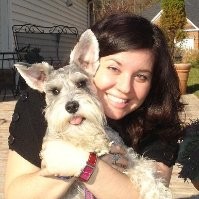 “In life, it’s important to think outside the box. Your life isn’t necessarily going to go the way you think it should. It’s going to surprise you and be better than what you think it could ever be. You just need to be open and let it happen,” said Jennifer Storcks ’96.

Storcks came to Radford University knowing that she wanted to be a fashion major.

“During my junior year of high school, I took a fashion class. There were only about four girls in the class, so we had the opportunity to really learn about fashion,” said Storcks. “Our teacher had taken us to New York City on a field trip. On that day I decided this is exactly where I wanted to be.”

Storcks entered Radford University as a fashion major. The program involved a lot of lab work and a lot of sewing of her own creations. Storcks did not know how to sew when she entered the program, so the majority of her time was spent improving her skill.

While a student, Storcks pushed for an internship.

“I interned in London through Middlesex University. I worked with their fashion alumni in helping them with their fashion lines and organizing a fashion show,” said Storcks. “I learned a lot of life experiences and was reassured that I enjoyed living in a city and working in this fast paced career.”

When Storcks returned home to Roanoke, she got a call from a recruiter about a job in Queens, New York. She did not want to live in Queens, so she instantly turned it down and waited patiently for another offer.

“About a month later, the recruiter called again and informed me there was a position open in New York, but did not tell me which area,” said Storcks. “Turns out the position was in Queens and I ended up getting hired and I ultimately found the area to be a very cool place to live.”

Storcks worked at Rubies Costume Company, which is the number one Halloween costume company in the United States. She was hired to create patterns to design some of the Halloween costumes, but quickly learned that was not her passion. Her boss saw her talents with working with people and moved her to licensing and project development.

In 1999, Storcks found a job at Caoelli and found herself working in Manhattan for the first time. She then moved onto Smart Set accessories in 2003 as their only designer.

“I was hired on as the designer. I was the only one and I was petrified. I knew that I wasn’t completely qualified to design all the products for this company, but with determination and hard work I was able to do so,” said Storcks.

After gaining valuable experience, a recruiter from Collection 18 – an industry leader in design, brand, licensing and product development – contacted her. The recruiter had received her name from both a China manufacturer and a sales person and was curious to meet this designer.

Today, Storcks is currently designing for Vince Camuto and Theodora & Callum brands, as well as the Collection 18 core line. Storcks also works closely with buyers on private hat lines from Anthropologie, Nordstrom’s, Macy’s and other retailers.

Storcks’ says she loves working in fashion because, “Clothing is cool, but I don’t want to spend my money on a lot of clothes, I would rather spend it on lots of accessories! You could be any size or be from anywhere in the world and you could wear any accessories and make your outfit your own.”

Looking back on her success, Storcks is grateful for all of her experiences.

“People should always be open to new opportunities. I would never have thought I would be designing hats, but here I am.”