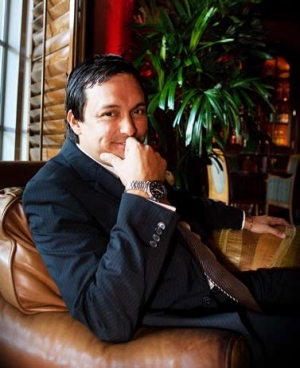 Fernando Sigui ‘95, a native of El Salvador, enrolled at Radford University in 1991 as an international student.

Sigui was drawn to Radford University’s campus and the region by the beauty of Virginia’s changing seasons. Once he was here, Radford University had a lot more to offer Sigui than the seasons, including Radford’s social, athletic and academic opportunities.

“Being in a new geographic region with new cultures and plenty of new friends to choose from really helped solidify the platform for my success. I give a lot of credit to the College of Business and Economics. It taught me the essentials of business. The professors were very thorough in guiding students,” said Sigui, who was recently named manager of new business development for The Prescott Companies Inc., an Associa company.

Sigui was involved in the marketing club at Radford University and joined the university’s soccer team his junior and senior year. He said his coaches pushed him, which helped him later in life to compete and finish multiple Ironman triathlon races. “Radford will always be a part of me,” said Sigui.

McCormick & Co. Inc., the herb and spice giant, hired Sigui upon his graduation from Radford University to work from its subsidiary in El Salvador.  In this position, he traveled extensively throughout Latin America. Sigui said, “Focus and do what you want to do. There are a lot of different outlets in which you can express your ideas. I thought when I first arrived at Radford that I had to choose who I was by being a type one, type two, or type three person. But later, I learned that there are a variety of opportunities from which to choose. It is very important that you find that one thing that you love to do, so that you can be happy at work,” said Sigui.

He later co-founded a financial services company in Miami where his business sense of adventure took him on a decade long journey. He took a hiatus to take on the toughest challenge of his life and became a stay at home Dad to his twins before returning to work in 2014. He says a quote by Roberto Goizueta, a former CEO of Coca Cola, motivates him through the struggles and successes: “The moment avoiding failure becomes a motivation; you’re down the path of inactivity. You stumble only if you’re moving,” said Sigui.