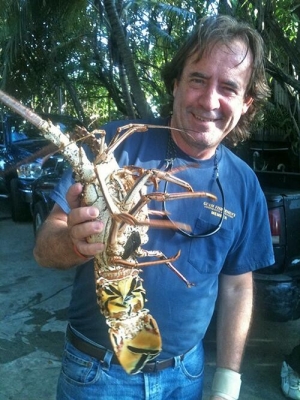 “After 30 years of hard work, it was such an honor when I got a call from the White House informing me that the president would like to appoint me as the United States Commercial Commissioner,” says Eugenio Pineiro ’79.

Pineiro serves on the International Commission for the Conservation of Atlantic Tunas (ICCAT).  ICCAT is a governmental fishery organization responsible for the conservation of tunas and tuna-like species in the Atlantic Ocean and other seas.

“My job is to ensure a sustainable population of tuna and tuna-like fishes in the ocean.  I am in charge of representing close to two million commercial fisherman and the commercial industry as a whole.  I must make sure there are enough fish in the water,” says Pineiro.

As an undergraduate student at Radford University, Pineiro studied philosophy.  “Philosophy is a world within a world.  The department taught me patience and how to properly analyze the world.  Because of that, I walked across the stage with an overall advantage,” says Pineiro.  After graduating, Pineiro continued his education at Pontifical Catholic University in Puerto Rico to earn his doctorate in juris prudence.  “Every weekend I would go fishing with some scientists at the marine lab, who became good friends of mine.  My interest in habitat and life cycles of deep water snappers and groupers began to peak.  Once I graduated, I decided to pursue my interest,” says Pineiro.   Pineiro started his own fishing business, La Pescaderia (the fish house).  “Our target is deep water snapper and groupers.  We also harvest lobster, tunas and coastal pelagic.  Most of our fishing is done in the Mona Passage which is between the west coast of Puerto Rico and the Dominican Republic.  Everything we catch is harvested and sold locally,” says Pineiro.  After 30 years, La Pescaderia is the largest fishing operation in the North American/Caribbean region.

“I have always been a sea lover.  I come from the west part of Puerto Rico and I am an island boy.  Once my father introduced me to fishing, it was love at first ‘bite.’  I think I must have been a fish in a previous life because I was always in the water.  Every single minute of my life growing up was devoted to fishing, scuba diving and snorkeling.  When I decided to come to Radford University, I always had the intention of going back to sea,” says Pineiro.

In the late ‘90s, Pineiro received an invitation from the National Oceanic and Atmospheric Administration (NOAA) to join an advisory panel from the National Caribbean Fishery Management Council, on which he is currently chair.  “You do not ask to be in NOAA, you must be recruited.  Once you are in, you must be available to serve the nation wherever you are needed.  I have been around the world several times, sometimes the trips aren’t so nice, but you have to go,” says Pineiro.

In 2004-2008 Pineiro focused more on the science side of fishing, which is referred to as cooperative research.  This is an opportunity for fishers and scientists to collaborate.  “I was conducting research one stormy evening when I realized that something kept stealing my bait.  We were in about 2000 feet deep water.  Whenever I reeled in the little fish, I knew he wasn’t going to make it,” says Pineiro.  He put the fish gently in a zipper bag and began taking pictures of it.  “I knew instantly that this fish was a new species, I had never seen anything like it.  I named it, ‘La Griselita’ unofficially, after my wife,” says Pineiro.  Years later the fish was confirmed to be a new species, the formal name became Odontanthias Hensleyi, named after a good friend of Pineiro’s who had previously passed away.  Today, Pineiro’s finding rests in the Smithsonian Museum.  “I know where the rest of these little fishes are.  There are only a few of them in the world, and I will keep that secret with me until I die,” laughed Pineiro.

Pineiro encourages students to follow their passion and to never give up!  “Do all things with integrity and you will succeed.  You must follow your dreams, because one day you might make a unique discovery and all your hard work will be worth it,” says Pineiro.