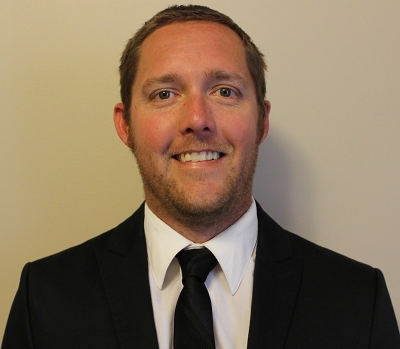 “The Radford University criminal justice program provided me with a great grasp of all the ins and outs of constitutional law, which helped me out tremendously, in both my career and law school,” says Donnie Brooks ’02, attorney for Brooks Legal Services.

“It was the best decision I ever made”.

It took Brooks about a full semester before he realized that he wanted to major in criminal justice. “At the time I signed up for criminal justice, I did not know if I wanted to pursue it 100 percent. After taking a few classes I found it extremely interesting and did extremely well in the classes, so I stuck with it.”

Once Brooks declared his major it took him a couple of years to decide that he wanted to further his education and apply to law school. He decided on law school because, at the time, he wanted to get a job in federal law enforcement but did not have any military experience. “I thought a law degree would help me get a job with the FBI or something of that nature.”

Jack Call, a professor in the Department of Criminal Justice, had a major impact on Brooks’ career. “I always loved Dr. Call,” Brooks says. “He was an attorney before he started teaching at Radford University and had a lot of experience in constitutional law, which helped me out big time when it came to applying to law school. I am always thankful to Dr. Call because he gave me my recommendation for law school. ”

After graduating from law school in 2005, Brooks ended up taking a different career route from the one he originally intended, immediately taking the typical attorney path by preparing for the bar exam. The exam process typically takes around six months, taking into account the studying involved, bar preparation, the actual taking of the exam and receiving the results. “I passed the bar test in South Carolina and was on my way to becoming an actual attorney immediately after law school,” Brooks adds.

As soon as Brooks received his license to practice law, he was offered a job in legal research with a law firm. The firm was doing document research projects for larger law firms. He did this for about three months before he was hired by a smaller law firm that specialized in real estate law.

“I practiced real estate law for about four years until the economy bottomed out. By this time it was 2011 and I had enough experience to establish my own solo practice, where I have been practicing on my own ever since,” Brooks says.

Brooks is currently an attorney for his law firm Brooks Legal Services, located in Myrtle Beach, South Carolina. “I am primarily a transactional, business real estate attorney, but I also do some general practice work with contracts and wills.”

When I asked what advice he had for current Radford University students, Brooks drew from his own experiences. “It’s a tough job market for young adults, but try and nail down what you want to do before you get out of school,” he says. “Have all your ducks in row with what you are going to study and make sure it is a field with jobs and income. It’s a tougher economy than it looks.”

Brooks made sure to emphasize that students should also enjoy themselves while in school. “I loved my time at Radford University – I still keep in touch with my old buddies,” he adds.