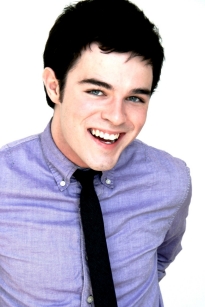 Deejay Gray '10 says his first role was baby Jesus in his church Christmas play as an infant, and his passion of the stage continues today.  “Once you play the baby Jesus, you kind of have to keep going,” he laughs. Gray was recently featured in Richmond’s popular arts and culture newspaper, Style Weekly, as the youngest member of their 2013 Top 40 Under 40 issue. He was also recently nominated for Best Actor at the 6th annual Richmond Theatre Critics Circle awards for his role in Riding the Bull, as well as Best Acting Ensemble for his role in The Glass Menagerie by Tennesee Williams – which he and his cast won together.

In March 2012, Gray started his own theater company, TheatreLAB in Richmond.  "We like to be seen as a launching point for young artists.  We work hard to create an environment where we are not only teaching others, but constantly learning more ourselves.  I truly would not be where I am today if it wasn't for the training I received at Radford," says Gray.

"I can't say enough about the Radford theater program.  I felt like I mattered because I was involved with productions almost immediately," says Gray.  During Gray's first semester, he was the assistant director for the children's show Puss in Boots.  By his second semester, he had an acting role in the Mainstage production of The Comedy of Errors by William Shakespeare.  "Throughout my time at Radford, I was a work study student, ultimately becoming the Box Office Manager for two years.  This gave me the opportunity to work with many professors with different areas of expertise and to learn skills I never thought I would," says Gray.  “There are so many facets of theater.  I came in thinking I wanted to do musical theater, but by the time I graduated, I was acting, directing, stage managing, running a box office, and taking design and production classes. You don’t get that kind of well-rounded education at all universities. I feel very lucky to have been pushed so hard by my professors at Radford. Because of my training, I’m confident in my abilities to do anything in a theater.”

During Gray's senior year, he interned with RU Associate Professor of Theatre Wesley Young at Mill Mountain Theatre in Roanoke during its production of Driving Miss Daisy.  During the shows final week of rehearsal, the Mill Mountain Theatre board shut down the theater due to financial distress.  "It was devastating!  Here I was going to school for this profession, and right before my eyes, I am watching an important theater in the area slowly come apart.  This was a huge wake-up call for me.  I had to find a way to do my part in keeping the arts alive," says Gray.  “My solution was to help build a new generation of theatre artists with the power of new and exciting opportunities.”

TheatreLAB is primarily for young artists who are trying to break into the business.  "It is so important to me that emerging artists get the same opportunities to learn like I did at Radford University," says Gray.  TheatreLAB is about to go into its first full season of shows, which will include See Jane Quit, Grace, Closer and Time Tells. "I could not be more proud and excited," says Gray.  As a new business, Gray worked hard to create buzz for his company in the Richmond area and build relationships to help it grow.  "One of the most important lessons that I learned from Wesley Young was to remember faces, names and stories.  He is the biggest inspiration to me. With his advice, I have built relationships that have helped my company bloom," says Gray.  In the future, Gray would like TheatreLAB to own its own theater space.  "Right now we are using neighboring venues. However, thanks to tickets sales and personal donations, the possibility of having our own is within reach," says Gray.

Gray encourages students to appreciate their professors.  "College is an amazing time to have fun, but what you learn in the classroom and the relationships you build there are what really matters.  You are given a wonderful opportunity to be taught by people who are trained in your desired field. They deserve your appreciation and hard work," says Gray. “Learn from them, grow because of them, and respect them -- they’re here to help you succeed, so let them!”