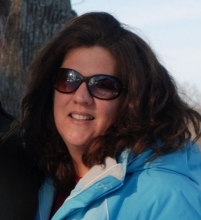 “With the skills I learned at Radford University, my transition into the real world was very smooth.  I always had my hands in something and graduated with experience that still serves me today,” says Cyndi Todd ’86.

Today, Todd is a freelance television producer, a media specialist and a publicist.  She recently published her first nonfiction biography, Babe Ruth, The Bride, The Battle: The Remarkable Life of Paratrooper Lewis P. Fern.

“The book is a love story.  It is one of faith, commitment, triumph and tragedy.  Lewis had such a ‘Forest Gump’ type of life and witnessed things that I don’t think anyone will ever get to see.  The book is different, but my name is spelled different and that is how I like it,” says Todd.

While attending Radford University, Todd earned her degree in communication.  “I did everything I could do hands-on in communication.  I devoted the majority of my time to the radio.  With that experience, I was already ahead in my career,” says Todd.  Todd has worked in radio, news broadcasting and film production for almost 30 years.  In 1997, Todd served as a television producer for WXIA in Atlanta and won a southern regional Emmy award for outstanding achievement.  “Receiving an Emmy was such an amazing feeling.  In this field, you get to meet and work with a lot of famous people, but nothing beats the feeling of doing something you can call your own,” says Todd.

In 2010, with the help of a friend, Todd produced her first documentary, “Waiting at the End of the Track.”  “The documentary was about her brother, colon cancer and the importance of family and health,” says Todd.  The creation of the documentary serves as one of the proudest moments in Todd’s career—but writing her first book, was the cherry on top.  “It has been the hardest and the most rewarding thing I have ever done.  I feel very fortunate to have met Lewis and his wife Marion, and it was an absolute honor to write their story,” says Todd.  Todd feels that her book would attract sports fans, people who enjoy a good love story—but most importantly, she hoped her book would attract veterans.  In July 2014, Todd became an honorary member of the 82nd Airborne Association and in September, she was sponsored and installed in the World War II Roundtable.  “I am seldom speechless, but in both of these situations, I had no words,” says Todd.

Todd has been chosen out of 30 authors as an Emerging Author to participate in the AJC Decatur Book Festival, which is the largest independent book festival in the country.

“All of this has bloomed from my time at Radford University.  I encourage students to get as much hands-on experience as possible.  Be the first one there and the last one to leave,” says Todd.