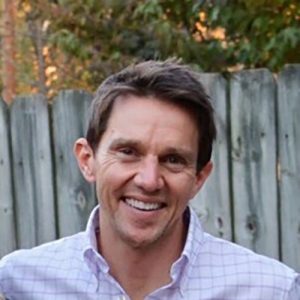 Political knowledge and skills, along with an interest in education, has led Craig Herndon '98, M.S. '00 to Richmond to fight on behalf of Virginia’s college students.

The former political science major serves as the vice chancellor for workforce development in the Virginia Community College System. He leads a team that focuses on strategic policy direction on workforce training and credentials, working with the Virginia governor’s office, the Virginia General Assembly, policy makers, Virginia colleges and even policy groups on a national level.

“We help people acquire the skills and credentials they need to get good jobs,” says Herndon. “And that starts with education.”

Education wasn’t Herndon’s first choice. He took his time at Radford University, discovering new subjects, before finally making his decision. “The hardest part of being at Radford University was choosing from all of the options of study,” Herndon remembers. “It took teachers taking an interest in me and encouraging me to explore all of my opportunities.”

Herndon recalls professors like Nick Pappas, Reginald Shareef and Fred Singer as those who shaped his learning. “Their ability to bring content to life and inspire their students was transformational to me.”

This exploration led him to the realization that he enjoyed studying political science and political theory. “I had really great instructors who brought that to my attention,” he says. Combined with a budding interest in education – Herndon admits he didn’t know the structure of education back then, and, “I didn’t even know it was possible to work in education without having students,” – there was an ever-growing feeling that he knew what he wanted to do.

Fortunately, he was able to find the job that fit his degree and interests, while also assisting students who were like him in college. “I feel really lucky to be in a job where what we’re doing has an impact state-wide. There are thousands of students who are going to benefit from what we hope to accomplish, and I’m excited by that.

“Long-term, it is what I want to keep doing.” He hopes to stay in his current role until he feels he’s “mastered” it, and wants to do more to help Virginia’s community college students. “What are the things we can change, bring and do that will allow more folks to have that transformative experience like I had at Radford University?” he wonders.

He encourages students not to rush to decide their major. “It’s our natural inclination to hold on to something and say ‘this is what I’m going to do’,” says Herndon. He advises students to stay adaptable so that they can broaden their education and expose themselves to new subjects and ideas. For Herndon, that philosophy worked well, and he feels he has Radford University to thank for that.

“What led me to where I am now is a solid foundation of education and great mentoring,” Herndon concludes. “I think really highly of Radford University as a launching pad for where I am now. It’s a good life-changing place.”