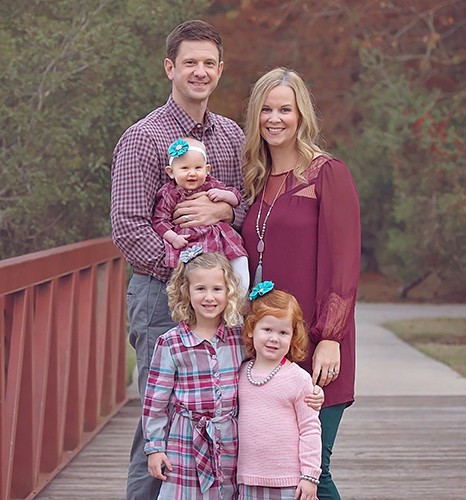 In 1994, Corey Reed ’98 made his first visit to Radford University as both a prospective student and as a basketball recruit.

Reed had his mind set on earning his degree in chemical engineering, a degree that Radford University did not offer. Knowing this, Ron Bradley, then head coach of men’s basketball, decided to get Reed in touch with someone in the Radford University chemistry department.

“When I came on my recruiting trip, the coaches were smart. They knew I wanted to study chemical engineering and Radford didn’t have that, so they put me in touch with [former Radford University chemistry professor] Preston Durrill,” Reed remembers. “Dr. Durrill sat me down and told me I would receive a great education at Radford University and that he would make sure I would be fully prepared for a chemical engineering graduate program.

“That convinced me to play basketball and earn my degree at Radford University.”

Reed stuck with his plan. With his eyes set on graduate school, the 6-foot-6-inch guard showed as much dedication in the classroom as he did on the court. “My coaches were shocked when they handed me the class schedule for my freshman year and I said, ‘We need to change this. I need to take physics, calculus and chemistry’,” Reed laughs. He graduated as a dean scholar and led the Highlanders to the school’s first-ever men’s basketball Big South tournament championship in his senior year, leading the team in scoring for the season while dropping 14 points against powerhouse Duke University in the first round of the 1998 NCAA tournament.

Reed now works at ExxonMobil, where he has held several different positions since being hired, working in locations such as Baton Rouge, Singapore and now Houston. His current position as a global manager has him focusing on business development, working on capital growth and the manufacturing interface. In his earlier days with the company, Reed’s duties were more on the technical side of the business, utilizing his chemistry background to develop three patents – but you would probably need a PhD in chemical engineering, as Reed has, to understand them. His work at ExxonMobil has been challenging, but Reed knows it was his time at Radford University that helped him prepare for it. “Balancing basketball and my curriculum was challenging and intense. But the real world is also pretty intense with a constant struggle to balance,” says Reed. “Radford definitely prepared me and gave me the confidence to manage stressful situations and weather any storm.”

The Radford University chemistry department made all the difference.

“The chemistry department was a family to me,” says Reed. “The faculty bent over backward to accommodate the goals I had set for myself.”

Reed also knows that goes for all of Radford University.

“There are many examples of folks that I studied with and talked to while at Radford that are doing fantastic things,” he says. “Radford University does an amazing job of preparing you for all aspects of the real world. It made a lasting impact on me. The attention to my personal development when I was there – it is really hard to thank everyone. I just have such fond memories of the whole experience – academically, athletically and socially.

“The commitment Dr. Durrill gave me on that recruiting trip definitely turned out to be spot-on.”