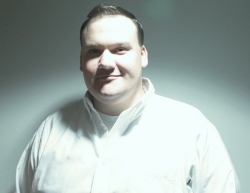 By starting Professional GFX, a web development and graphic design business and running The Gear House, Chris Pund ’08 is not shy about being an entrepreneur.

“My parents owned their own business, so I grew up around a business mindset.  Naturally, I knew that was what I wanted.  In high school I started a web development business and built websites for clients.  While at Radford University, Campus Recreation hired me to build and run its website,” says Pund.

After graduation, Northrup Grumman hired Pund as a cost volume and strategy analyst.

“Having a business and financial background, I went to an organization that does proposal development.  There is a lot of variety and flexibility which really keeps my job interesting,” says Pund.

During the day, Pund is on the clock at Northrup Grumman, and in the evening he is responsible for his company--The Gear House.

“I was interested in eBay while I was in college.  I began reaching out to different companies to tell them that I wanted to become a dealer and sell their goods online.  By 2008, I got The Gear House kicked off with the slogan ‘If you can’t find it in your house, try the gear house.’  Now I work with about 20 different companies and nearly 70 percent of my customers are international,” says Pund.

The Gear House sells gear for camping, paddling, rock climbing and other outdoor adventures.  It carries name brands such as Jetboil, Granite Gear and Big Agnes.

“I do have some companies that ship directly to my customers, but I carry a lot of the equipment in my own home and ship directly,” says Pund.

Pund enjoys the rewards of owning his own company, but he is quick to say it is a challenge!  “Trying to grow as a one man business that is all internet based can prove to be a real challenge.  It is tough with some companies because they want the foot traffic of a retail store and the internet,” says Pund.  No matter the challenge, Pund is a true entrepreneur with a dream that keeps on growing.