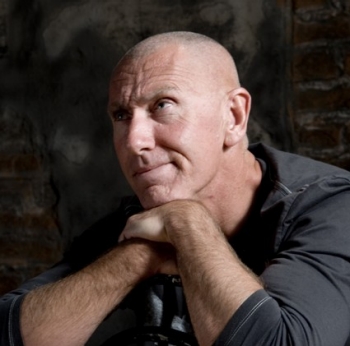 Radford University set the stage for Brian “Chris” Cork ’84 to be the success he is today.

Cork serves as founder and business coach for brian cork Coaching in Atlanta, Georgia, where he provides guidance and advice to upcoming entrepreneurs and corporate decision-makers. “I have the coolest job – I walk with people that want to change the world, and help them make better decisions,” says Cork. “Companies and leaders choose my coaching because I am a recognized authority on innovation and strategy for startups, mid-market and enterprise level organizations, and the people that would dare to lead such organizations.”

Cork also serves on the Radford University College of Business and Economics Board of Advisors, and works with numerous charities, including Real Men Don’t Text and Drive and briansBEANS, which is a mentoring program for education and performing arts.

“I wasn’t even sure I was going to college,” Cork states. “I was thinking about taking a ‘skip-year’ and barnstorming across Europe, taking part in middle- and long-distance races.” He continues, “But the Radford University cross country coaching staff convinced me to go right to college. I ultimately ended up leading the varsity cross country team as a freshman.”

Cork was very impressed by the faculty at Radford University, including Chuck Taylor, the University’s athletic director. “He had a great vision, and I recognized a leader in him,” Cork opined. Other faculty members who inspired Cork included Nicholas “Nick” Pappas, an enigmatic and beloved political science professor who taught Cork about "responsibility and virtue," as well as Douglas Woolley, an economics professor, who also served as Cork's first lacrosse coach, and offered him vital lessons in “accountability and team work.”

He was also heavily influenced by the then-Dean of Students, Bonnie Hurlbert ’58, who encouraged him to become freshman class president and a student senator. “That was a magnificent period of time,” Cork says of his first year. “That’s when I really matured into a confident decision maker."

Graduating with a degree in political science, Cork’s first job was working for a congressman in Northern Virginia. This job, he says, was an “exercise in experience," and part of a maturing process for him.

“My primary roles for the Congressman was to develop financial support and also write speeches,” Cork explains. “It was also my first experience with companies that support political figures and establish expectations that may not have been under best practices.

“It was a valuable experience,” he continues. “I befriended by some of D.C.’s top business leaders that took an interest in me. That set the stage for my early foray into venture capital.”

Later, Cork served as a financial analyst for Northrop Corporation in Los Angeles, performing research and creating financial models to aid in the development of the Peacekeeper intercontinental ballistic missile. “Much of what I learned at Radford, including leadership through student government, prepared me for that job,” says Cork. “I had to influence people twice my age on a daily basis.”

Cork has some advice for today’s Highlanders, “Always have a plan and find mentors – people that will guide you and encourage you to always to think ahead.”