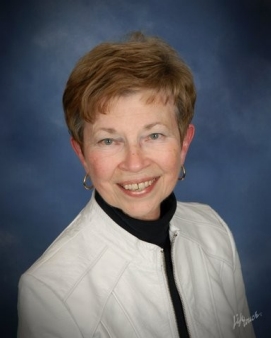 “Radford had a great appeal to me because it was an all-women’s college, and I was very shy and not sure of my capabilities,” says Betty Mitchell Nelson ’57 former Dean of Students Emerita at Purdue University.

Nelson was recently honored with the distinguished lifetime membership award by the Mortar Board National College Senior Honor Society.  These awards are presented to alumni who have demonstrated outstanding achievement in their professional lives.

Nelson received her bachelor’s degree in psychology and sociology from Radford University and earned her master’s degree in student personnel administration at Ohio University.

“Radford as a women’s college was such a different environment from today.  We had hours when everyone needed to be back in the halls.  If we went out after dinner we had to sign out. And if you wanted to ride in a car with a date, you had to provide a letter of permission from your parents.  It was a strict environment, but it was exactly what I needed in order to take on leadership roles and figure out what it was that I could do,” says Nelson.

Nelson began her employment at Purdue University in 1965 and served there for three decades. She began in the psychology department’s testing center, then worked her way to the position of dean of students, in 1987.

“The leadership training I had at Radford was certainly an important part of my higher education experience.  While serving as dean at Purdue University had its many challenges, it also had many wonderful rewards.  Often times though when crises occur, you must put on the mask of self-assurance and march forward,” says Nelson.

Previously, Nelson was awarded the Sagamore of the Wabash by then-Governor Evan Bayth which is the highest distinction awarded in the state of Indiana.  She also secured the Amelia Earhart Award, an award given to women on Purdue’s campus whom resemble Earhart’s values and characteristics.  The Special Boilermaker award which is given annually to a faculty or staff member who contributes significantly to the improvement of the quality of life for many Purdue students, was also awarded to Nelson.

Purdue University honored Nelson by creating service awards in her name—such as the Dean Betty M. Nelson Service Award and the Betty M. Nelson Skilled Leader Award.  “A new student leadership center was opened this year and the commons and the conference room in that building were named after the five deans of students who served from 1933-1995,” says Nelson.

Nelson’s presence is still strong at Purdue University.  “I have been blessed by having a very exciting and rewarding career, and am able to continue to be involved in the university in a number of ways,” says Nelson.

Nelson wants to remind students to branch out.  “I came to Radford as a shy woman, but left with confidence and the ability to take on major leadership roles.  Accept new responsibilities, add to your set of skills, and extend your network,” says Nelson.