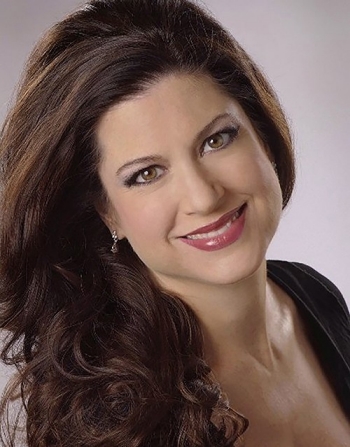 Standing on stage at New York’s Avery Fisher Hall in Lincoln Center, alumna Penelope Shumate ‘93 had a moment of realization.

As a professional vocalist performing at the legendary Carnegie Hall 11 times and other impressive venues, it was during this concert she became cognizant that she had accomplished a large goal set during her student years at Radford University.

Originally pursuing a degree in radio and television broadcasting, everything changed during a class with now emeritus professor Clarity James. They watched a video of the opera “Carmen.”

“I could not believe that people could make such beautiful and large sounds without amplification,” Shumate said. “That was it for me!” Thus, Shumate graduated in 1993 with two Bachelor of Science degrees; one was in radio and television broadcasting, and the other in vocal performance.

While at Radford, James took the opera workshop class to the Avery Fisher Hall to see a concert. It was this Shumate thought about as she stood on the same stage.

“During my recent debut there, I looked up into the audience where I remember sitting and realized I had come full circle,” Shumate said. She was the successful vocal performer she had set out to become.

Shumate was recently recognized by The American Prize for “Excellence in the Performance of Oratorio” for her work as the soprano soloist in Handel’s “Messiah” at Avery Fisher Hall presented by DCINY.

Such prestige increases her engagements with operatic and orchestral organizations, which are the two types of performances she undertakes. Companies hire Shumate based on her professional credentials, recommendations or reengagements, though sometimes she will travel to a company’s auditions.

For her opera roles, she rehearses two to four weeks, when she delves into character development and tries out artistic ideas. These also provide opportunities to work with other opera singers and directors.

“I also enjoy the singer-conductor relationship in live opera performance,” she said. “When I work with a great conductor who really cares about singers, it feels like a synergistic partnership.”

In fall of 2014, she created the role of Rose in the premiere of “The World is Round,” an opera written by Western Illinois University Professor of Theory and Composition, Paul Paccione. She said this was a unique opportunity to work directly with a composer.

Performing as a soloist with an orchestra is different. The rehearsals are limited to one or two before the performance. Though exhilarating, she must have complete command of the music and remain flexible enough to make any quick changes the conductor asks of her.

With the orchestra behind her, she relishes the wall of sound it produces.

“I enjoy the fact that all of the artists onstage work as one to make a beautiful expression of the music,” she said. “Most of the time the lights are bright enough to see the faces in the audience, and I enjoy communicating with them through my singing.”

Radford University provided her with the skills she uses to communicate.

“My professors prepared me by expecting excellence,” she said. “They set the bar very high and their challenges made me a better musician.”

When she is not performing, Shumate carries these lessons forward to her students at Western Illinois University, where she serves as assistant professor of voice.