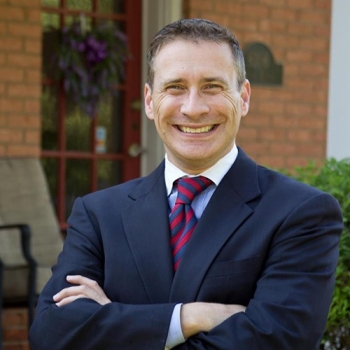 “They don’t cover this in law school.”

That was the thought running through the mind of attorney David Silek ’94  in 2011 when he sat down for lunch at a diner to find a reporter and camera in his face. Suddenly, Silek was being interviewed about a TMZ report claiming that Michaele Salahi, the “Real Housewives of D.C.” star-turned-White House crasher, had allegedly been kidnapped, then according to media reports, found later with the guitarist of the band Journey.

If you didn’t follow the news back in 2009, the story sounds far-fetched. Even if you did follow the drama of Tareq and Michaele Salahi, the infamous White House state dinner crashers who allegedly made their way past secret service and managed to meet then-president Barack Obama in 2009, it is still a little hard to believe.

But there in the middle of it all was Silek, part of the team of lawyers who advised the Salahi’s through the media gauntlet, and two congressional hearings which resulted in no charges being filed against the couple. Silek knew Tareq while growing up in Front Royal, Virginia as they were, at the time, two of the only families of Middle Eastern descent in the area. Silek then became Tareq’s attorney after graduating with his juris doctorate. Silek said the case was, to date, the most infamous of Silek’s career.

“I remember when the story started to break, I was at Thanksgiving at my sister’s house in Williamsburg. I got a text from a member of my church in Front Royal asking me, ‘are you aware of what’s on MSNBC right now?’” Silek remembers. “I went onto the MSNBC website on my phone and saw it and thought, ‘oh my God, what is this?’”

It was a story that dominated the national news cycle for weeks, and one that caught Silek off-guard. “I never saw that one coming,” he admits. When Silek decided to pursue his law degree after working on Capitol Hill, he planned to focus on litigation and then focus his career more on family law. “I tell people that I do family law with a touch of entertainment law because of that case,” he laughs.

Though he wanted to become a lawyer since high school, Silek came to Radford University to study business management, which has helped him in his career. “Dr. Jerry Kopf taught me business management and small business management at Radford,” says Silek. “I’ve used what he taught me ever since I graduated. As a partner of a law firm in Tyson’s Corner, I remember those principles quite well.” The law firm – Sandground, West, Silek & Raminpour, PLC – where Silek is a managing partner, covers white collar criminal defense as well.

Silek is also heavily involved in community service, as a past campaign chairman for the Front Royal and Warren County United Way and currently as an active member in outreach ministries and the vestry of his church. He still stays involved with his alma mater, serving as the chapter advisor to the Sigma Chi Fraternity’s Radford University chapter.

He hopes students will appreciate good times and good friends of Radford University like he did.

“Enjoy your time at Radford, it’s fleeting. Enjoy the friends around you on a daily basis,” advises Silek. “It’s the last time in your life that you’ll be around that many of all of your closest friends.”

If you’re looking for a job, Silek also has some advice.

“The people that understand language, grammar and syntax are the ones that I’m going to hire,” says Silek. “If you can write and you can speak well in a public setting, you’re going to go far, and you can get that at Radford. Radford University gives you an opportunity to do something amazing.”