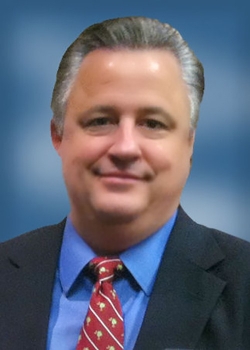 “The education I received at Radford University, both academically and through my involvement with various university initiatives and activities, played a vital role in my overall professional development,” says Dale Ardizzone, Esq. ’85, M.S. ’86. Ardizzone, who previously practiced law in Philadelphia, currently serves as chief operating officer of INSP LLC, a cable television network available in more than 83 million U.S. households via cable systems, satellite (DISH & DirecTV) and Verizon FIOS.

As one of today’s fastest-growing basic cable channels, INSP features general entertainment programming that celebrates the American spirit and honors timeless values. Its line-up includes classics like “Bonanza” and “Walker Texas Ranger,” as well as original movies and series. Ardizzone’s responsibilities at the network include programming and promotions, sales and distribution, marketing and research, legal and business affairs, compliance, human resources, and government relations.

As the head of 11 different departments at INSP, there is no such thing as a “routine” schedule. “On any given day I might be asked to approve marketing materials and/or a promotional commercial, receive updates on revenue forecasts and distribution activities, edit a press release, and deal with delicate personnel or legal matter,” he says. “I am also very active on Capitol Hill and frequently travel to Washington D.C. to meet with members of Congress.”

One of his biggest responsibilities is overseeing network’s programming department, which includes acquiring and licensing existing shows and developing new original content. “Through our wholly subsidiary INSP Films, we have been producing original movies and, after network broadcast, distributing them via Netflix and Amazon, as well as retail stores such as Target and Walmart,” he explained. “One of the projects I am particularly proud of is the film, ‘Heritage Falls,’ which was directed by Radford University graduate and fellow INSP employee Shea Sizemore ’08.”

For some that level of pressure and responsibility might seem overwhelming, but for Ardizzone it represents what he has worked toward since his first days on Radford University’s campus. “I’ve always been interested in the business of television,” he explains. “In fact, one of my first papers at Radford focused on the impact of television violence on children.”

Ardizzone’s time at Radford University taught him many basics of the communications business, as well as the importance of being able to work with people of diverse backgrounds and experiences. “Radford University helped me develop practical skills, such as how to deal with different and sometimes difficult personalities in order to achieve a common goal.”

“Having served as a graduate Fellow in both the Dean of Students office and the Office of the President,” he continues, I was fortunate to have had an opportunity to work with Mike Dunn, Bonnie Hurlburt, Charles Wood and Dr. Donald Dedmon. Without exception, each of those individuals taught by example the importance of discipline, dedication and attention to detail as a means of achieving success.”

That dedication and level of commitment continues today, according to Ardizzone, with the inauguration of the University’s seventh president Dr. Brian O. Hemphill. “He has a proven track record of success at other institutions, and I have no doubt Dr. Hemphill will accomplish great things for and on behalf of Radford.”

This past fall, Ardizzone hosted Dr. Hemphill and other Radford University alumni at his Charlotte, North Carolina home, as part of the President’s Alumni Tour. “I was genuinely impressed. President Hemphill was engaging, courteous and accessible. I believe he has a great vision for the future of Radford University and a passion that will help him achieve it.”

As for why Ardizzone would open his home to dozens of strangers, the answer was simple. “I’m proud to be a Radford University graduate and am committed to the University,” he explains. “Continuing to invest in Radford and its growth pays dividends to current students as well as all alumni.”