Located in downtown Roanoke, Virginia, in the city’s Innovation Corridor, Radford University Carilion (RUC) provides a rigorous real-world learning experience to students pursuing undergraduate and graduate degrees in the health sciences. RUC boasts a faculty of practicing clinicians who, in a clinical setting on the campus of Carilion Medical Center, teach students to care for patients, conduct research, and explore how to manage organizations. Learn more.  » 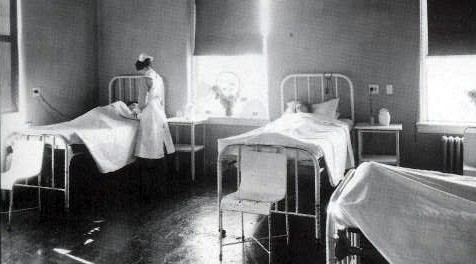 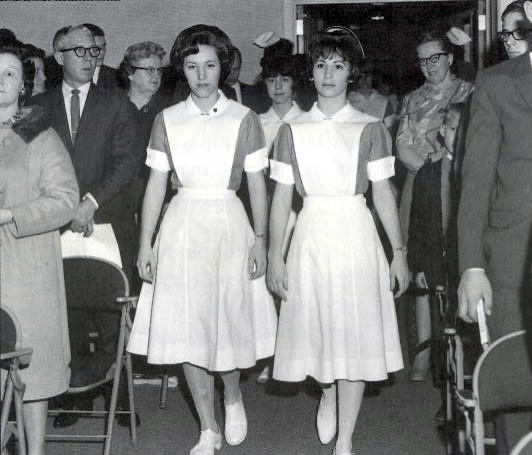 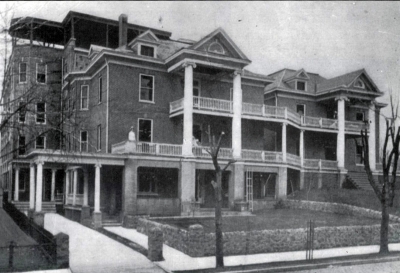 Jefferson College of Health Sciences traces its history to 1914, when the Jefferson Hospital School of Nursing was founded by Dr. Hugh Trout, Sr., an early pioneer of healthcare in the Roanoke Valley. Dr. Trout obtained his M.D. degree from the University of Virginia in 1902 and completed his surgical residency at the John Hopkins University in Baltimore, Maryland. He then relocated to Southwest Virginia and in 1907, founded Jefferson Hospital, a small, 40-bed hospital named in honor and memory of Thomas Jefferson.

Dr. Trout soon found that the need for adequately trained nurses in the area far surpassed those available. In an effort to alleviate the shortage, he established the Jefferson Hospital School of Nursing. The school opened its doors in 1914, with an initial class of six students. All six completed the 33-month training program and graduated in 1917. A self-study following the first graduation concluded that the school exceeded the Standard Curriculum for Schools of Nursing, published by the National League for Nursing Education. The school earned approval from the American College of Surgeons and the American Medical Association in 1923, and was recognized by the American Hospital Association in 1926. Between 1914 and 1965, Jefferson Hospital School of Nursing trained 658 new nurses, most of whom stayed within the community upon graduation. 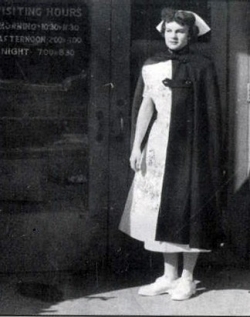 While Dr. Trout was developing Jefferson Hospital and the Jefferson Hospital School of Nursing, Dr. James Newton Lewis and Dr. Sparrell Simmons Gale were initiating their own vision of healthcare for the Roanoke Valley. In 1909, they founded Lewis-Gale Hospital in Downtown Roanoke, and in 1911, the Lewis-Gale School of Nursing. The two schools operated independently for many years.

Over the next 50 years, Jefferson Hospital expanded three times and grew to a 151-bed facility. In 1953, a 26-year old administrator named William (Bill) Reid was hired. Mr. Reid quickly realized that Roanoke’s rapidly expanding population exceeded the capabilities of the Jefferson Hospital facility. In 1960, under his direction, a new hospital was planned and commissioned. The project was truly reliant on the community, as citizens donated $3.3 million toward construction costs. The new facility officially opened on August 27, 1967, when 10,000 people toured the Community Hospital of Roanoke Valley. 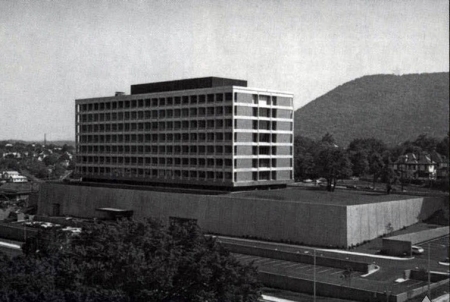 Community Hospital of the Roanoke Valley in September 1967

The school operated in this fashion for approximately 15 years. In 1980, Mr. Reid commissioned a task force to investigate the possibility of establishing a hospital-based college that would grant two-year degrees in nursing and allied health. In 1981, the Community Hospital Board of Trustees made a commitment to such a school, and in 1982 the Community Hospital of Roanoke Valley College of Health Sciences was established. The College was the first hospital-based college in Virginia. In addition, Community Hospital was one of the initial seven hospitals in the nation to have its College of Health Sciences accredited by the Commission for Higher Education. The first Dean of the College, Dr. Jerome Cohen, was named on August 23, 1982. Dr. Cohen was the Educational Director of the hospital and helped establish the college. He came to Roanoke after serving as an administrator and associate professor in the Connecticut community college system.

In 1989, the College named Dr. Harry C. Nickens as its first President. Dr. Nickens was very active in the local community and had been a well-established leader in the Roanoke area for more than 20 years. He directed the College through the addition of several programs and also led in the donation of land in the westernmost part of Roanoke County to the College for possible future use. Dr. Nicken’s leadership also led to a record enrollment of 615 students a decade later.

In 1992, William Reid announced his retirement as Director of Community Hospital. In appreciation for his contributions to the College and Hospital system, the Carlton Terrace Building was renamed the Reid Center. Mr. Reid remains an active member of the College Board of Directors to this day.

The College continued to expand in 1995, when it was accredited by SACSCOC at the Baccalaureate degree level. In 1999, the College admitted its first international students, showing growth on a global scale. In 2000, reaffirmation site visit by SACSCOC was completed, rewarding the College with long-term accreditation.

In 2001, Dr. Nickens left his position as President to lead the College’s foundation.

In the spring of 2010, Dr. Seavor’s leadership resulted in Jefferson College being awarded reaffirmation of accreditation from SACSCOC through 2020. Dr. Carol Seavor retired in April 2010 and was subsequently granted President Emeritus status by a grateful Board of Directors. Under her direction, Jefferson College expanded enrollment from just over 600 in 2002 to over 1,000 in 2009. In addition, she led the college in expanding the academic programs offered to fourteen, including the addition of four bachelor’s-level programs and three graduate programs.

Dr. Seavor was succeeded by Dr. Nathaniel L. Bishop. Dr. Bishop previously served as a hospital administrator and vice president inside Carilion Medical Center, Roanoke. He initially served as Interim President of Jefferson College of Health Sciences and was formally inaugurated in September 2011.

One of Dr. Bishop's first achievements was to successfully complete the move of the College from the Reid Center into newly renovated spaces at Carilion Roanoke Community Hospital (CRCH) in fall 2010. The new state-of-the-art spaces allows the College to continue educating students in realistic clinical environments that prepare them for the healthcare environment like no other institution of higher education in the area. After this move, the Reid Center, which had been home to the College since 1982, was demolished in 2011.

Dr. Bishop also began collaborations with fellow institutions of higher education to better educate the healthcare leaders of tomorrow. His efforts resulted in  a comprehensive program of Interprofessional Education with the Virginia Tech Carilion School of Medicine (VTCSOM).In 2011 Radford University located their Doctorate in Physical Therapy Program to the Jefferson College campus at CRCH.

Under Dr. Bishop’s leadership, Jefferson College also continued to expand its presence in downtown Roanoke. In 2011, the College partnered with developer Ed Walker to house over 100 resident students at the newly renovated Patrick Henry Building, just a few blocks from the College's campus at CRCH.

In 2013, Jefferson College was named a Military Friendly School by G.I. Jobs Magazine for the first time, placing the institution in the top 15% of colleges and universities doing the most to embrace America’s military service members, veterans and spouses as students, ensuring their success on campus. The college has received this recognition every year since 2013, bolstered by advancing services and programs designed for these groups like the Veteran’s Bachelor of Science in Nursing (VBSN), which began classes in fall 2016.